We slept in and started our day by running several blocks through sheets and sheets of drenching rain to watch a few ordinary mallards waddle ten yards on a red carpet in a hotel lobby. This twice a day “march of the ducks” has been a tradition at The Peabody Hotel since 1933. Motorcoaches from far and wide show up and crowd their lobby to give their passengers a glimpse. Major credit to The Peabody for effective and wildly innovative tourism marketing. We followed that penetrating glimpse into the absurd with barbecued ribs and beans & rice for breakfast at the legendary Charles Vargo’s Rendezvous Charcoal Ribs Restaurant. Despite the sound of of it, they were a perfect start to Mariah’s Memphis Birthday.

Our next stop was a behind-the-scenes tour of the Gibson Guitar Factory. This sort of thing totally floats my boat. While wearing safety goggles we were invited to observe close-up the processes and the artisans who create these fine instruments using predominantly old school methodology (think string, glue, razor blades, sand paper and rubber bands). It was fascinating. Mariah plays an aqua and white Fender Stratocaster which she will undoubtedly value even more as a result of learning about the nearly one hundred hours of workmanship that is required to create a similar product.

We then visited Sun Studios to continue our immersion into all things musical. Their tour provided a fascinating perspective on both early recording technology and insight into the careers of musicians such as Howlin’ Wolf, B.B. King, Carl Perkins, Johnny Cash, Ike Turner, Roy Orbison, Elvis Presley, and many others who recorded at Sun Studios.  In case you were unaware, it turns out they are rather fond of Elvis in Memphis. Their enthusiasm is contagious. I came dangerously close (too close for comfort) to buying a totally impractical pocketbook made out of replicas of Elvis’s best-selling record albums.  Fortunately, the rain then paused just long enough for us to follow our studio tour with a walk up and down Beale Street. Beale Street is to Memphis what Bourbon Street is to New Orleans. It is a barely controlled explosion of sights, sounds and smells. We stopped at A. Schwab’s Dry Goods Store, in continuous operation on Beale Street since 1876, for a milkshake. And yes, we know, we definitely turned the USDA food pyramid on its side today.

The night began with dinner at The Beauty Palor, which was a former beauty shop frequented by Priscilla Presley, now converted into an uber hip restaurant.  To end Mariah’s birthday with a bang, or actually, with just a great deal of noise, we bowled at our hotel until 11 PM at their onsite bowling alley, which was designed to appear as if it it were under the sea. Our lane was an Octopus.  You know, birthdays were a hell of a lot simpler when my girls wore pointed cardboard party hats held on with elastic string that went under their chins and they only wanted to blow out their candles and lick icing off their fingers. 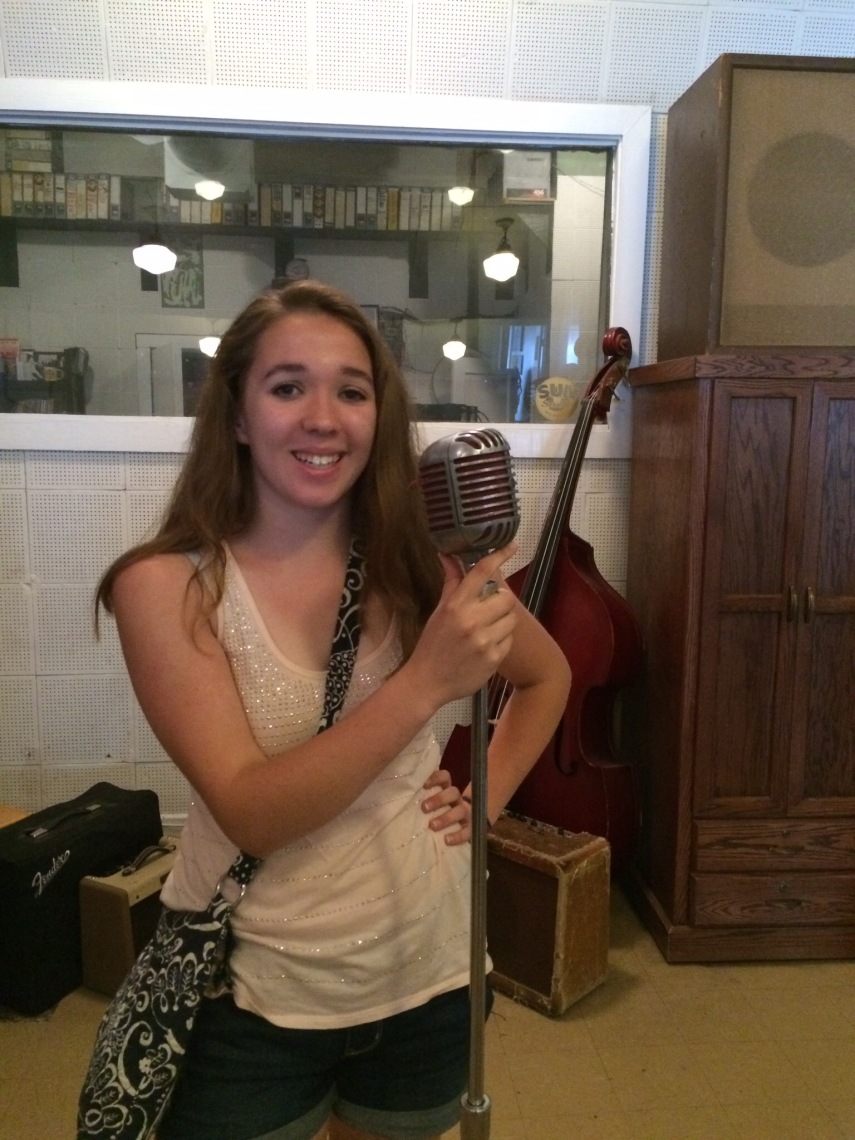 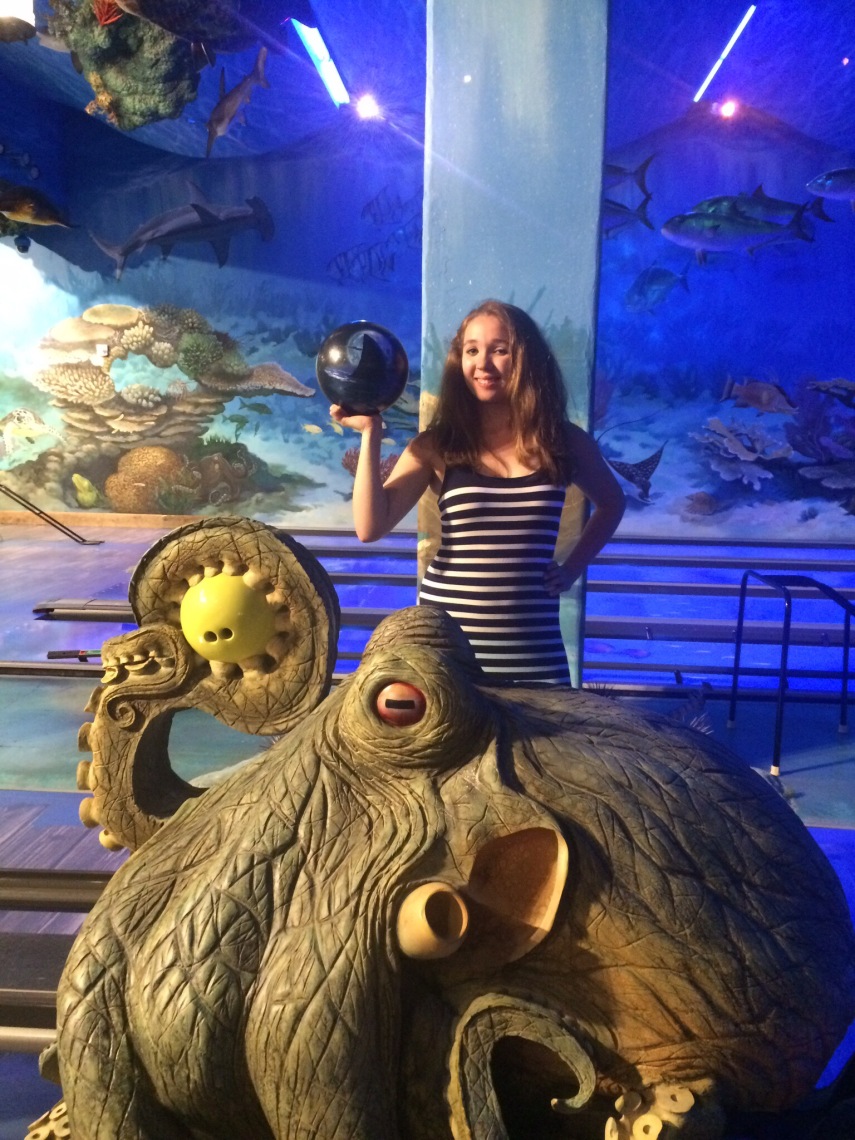