Yesterday we drove from Pueblo, Colorado to Eagle, Colorado. Along the way, we passed a sign by a builder that suggested he would benefit from a close read of “The Three Little Pigs”. The tremendous quantity of state forests and endless undisturbed plains along our route was overwhelming. A sign announces that you are now entering a state forest about which you know nothing. Thirty minutes later another sign thanks you for visiting. There are so many beautiful, unspoiled spaces and so much space between places in this part of the country. Having spent more than half of my life living, studying, and working in Philadelphia and Manhattan, the vast areas that are entirely undeveloped here, save for a two lane paved road and the occasional sign, is stunning. It occurred to me that we were regularly driving distances that were greater than the length of Manahttan without seeing another car or anyone’s home or business. Occasionally, we would pass a forgotten cemetery, a very small church or unattended cattle. After a while, we realized that other things we were used to seeing were missing, too. Where was the roadside litter? Mariah and I realized that neither of us had any memory of seeing any litter along the roads in New Mexico or Texas. Anywhere. We started looking for litter along the side of the roads in Colorado, certain that someone must have disregarded the occasional no littering signs. After all, folks from the East visit. After a morning spent searching for a single disgarded empty bottle or wrapper, we realized that it was not to be found. While we had barely come to terms with the absence of Dunkin Donuts and CVS pharmacies, this was an even greater adjustment. How is it that people where we live habitually spoil their roads and parking lots without blinking, and yet no one does so here?  At lunchtime we stopped at one of the economically-distressed, eight-block towns that appear occasionally along the secondary roads we favor. It might seem condescending to describe the residents of such a place as “good, simple folk” or “hardworking  townspeople” although the definitions seem apt. We have had this experience before during our trip. There appears to be an inverse relationship between the size and prosperity of a community and the amount of hospitality shown to visitors. Small town, tremendous warmth. If you don’t blink, you can stop in the town of Buena Vista, Colorado. Everyone with whom we spoke there was welcoming. It was a lovely experience, and they could really use your business. Eventually, we arrived in Eagle in time to see our friends’ sons before they headed out. Although I envisioned their two sons as boys, we were greeted by young men in their twenties. The requisite photograph of all of us together is included below. Our friends, Bruce and Maryann, grew up in New Jersey. You wouldn’t  believe it to see them now. Bruce has become a cowboy. Really. The experience of living in Colorado for close to twenty years has transformed them. Completely. We spent our first evening together at a local rodeo. Bruce, a close friend and longtime business partner of Harry’s, is a former senior executive at Hilton. You would never guess it if you met him at the rodeo. He competes in team roping of Mexican Corrientes Roping Cattle, riding his quarter horses, Ed and Jack. He is very, very good at it. The rodeo concluded with an event affectionately called “mutton bustin”. Parents send their very young children into a paddock, and then the kids try to hold onto the back of an uncooperative sheep as they are realeased into the arena. The kids fall off. Brush themselves off. The crowd cheers. I was shocked. No one else seemed to think this was at all out of the ordinary or wildly ill-conceived. Our night concluded by the fire pit outside of their spectacular home, gazing at the stars in the enormous sky overlooking their 35 acre ranch, surrounded by National Forests and land managed by the Bureau of Land Management. Their nearest neighbor was nowhere in view. Ice-capped mountains in the distance. It was stunning and not at all like New Jersey. Today, Bruce took Mariah riding. Wearing borrowed cowboy boots and a summer cowboy hat, she looked fabulous. Then, Maryann and Bruce spent the afternoon showing us the little town down the road. It is called Vail. The gondola ride we enjoyed together provided exquisite views and, unbelievably, excellent WiFi service. I am hardpressed to recall why Harry and I ever lived in New Jersey. Which reminds me. Harry arrives tomorrow and will join Mariah and me for the next two weeks. Bruce may be a Colorado cowboy – but, as far as I am concerned – my husband is the Cavalry.  I simply cannot wait to see his baby blues and hand him the wheel to our Jeep. 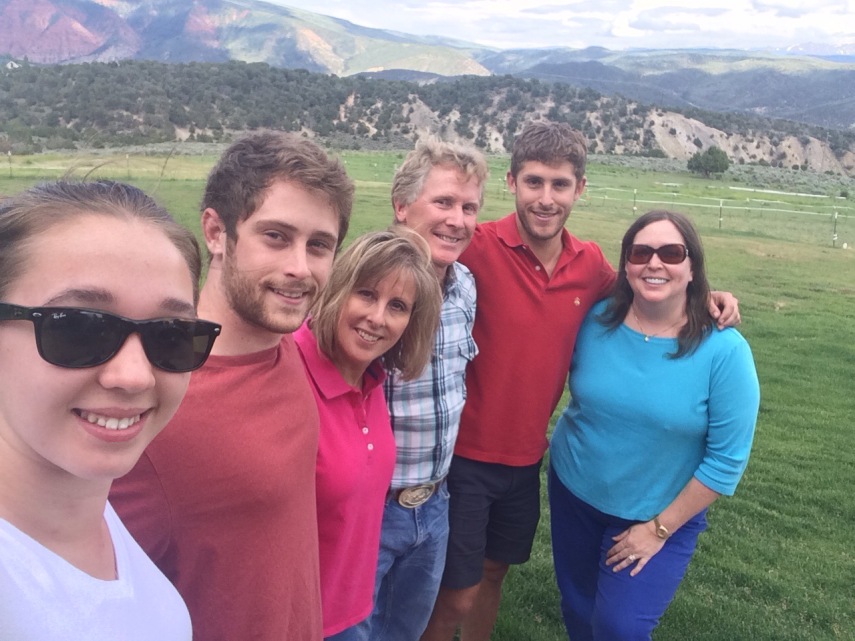 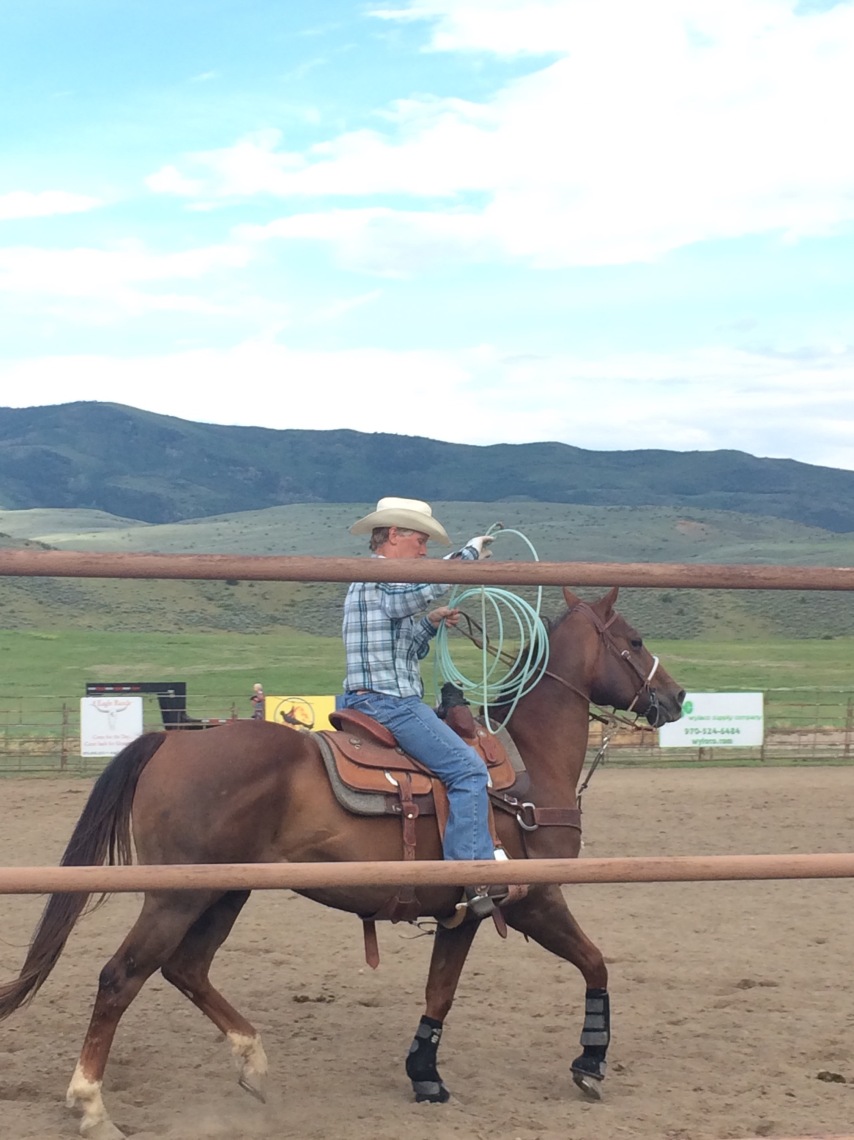 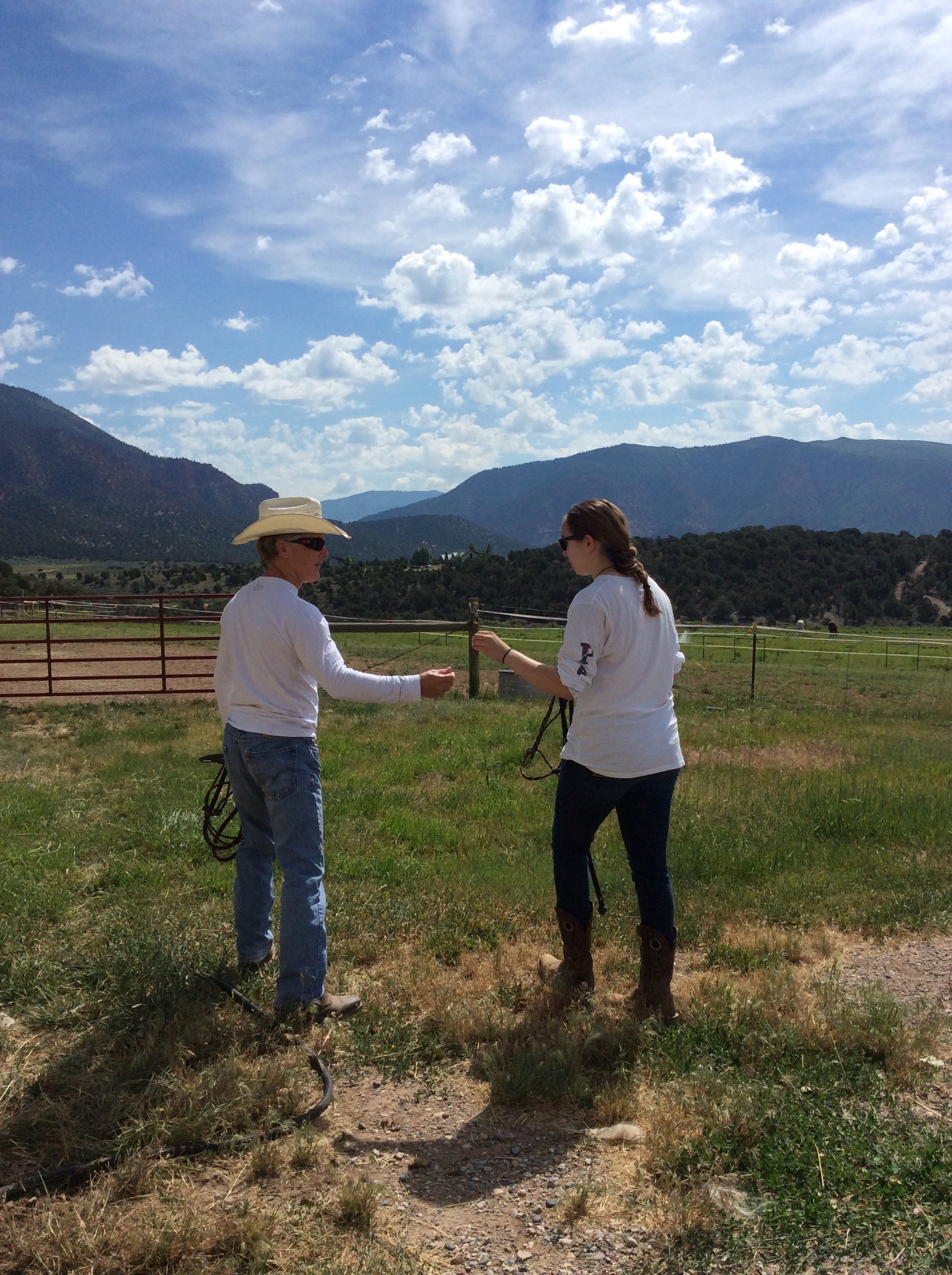 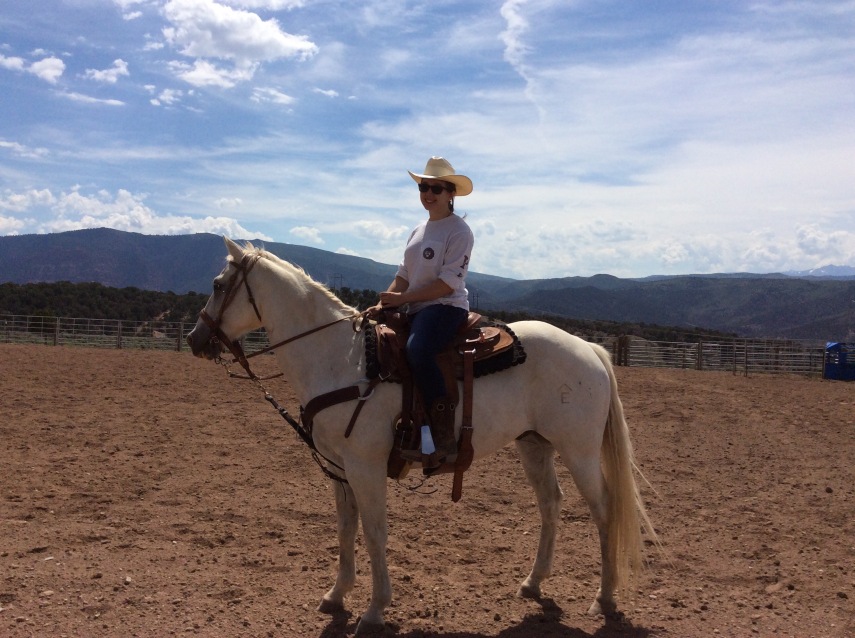 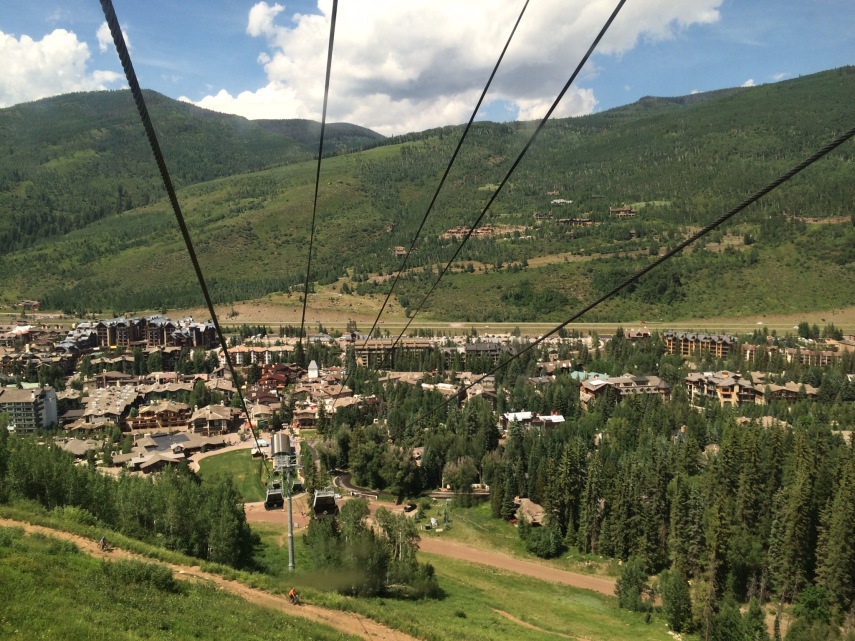