Last night Mariah, Harry and I spent the night in Nevada at a classic, independent hotel just a few miles from the Hoover Dam that time forgot. We slept late and toured the Dam midday. As everyone says, it truly is an engineering marvel. It is difficult to imagine today, but they actually completed the project ahead of schedule and under budget. The magnitude of the project was staggering. Concluding in 1936, more than 5,000 men worked around the clock 363 days a year for five years to build the dam. Like Mount Rushmore, it could have never been created in today’s political and social climate because of the environmental impact, the risk to life and limb incurred by the laborers who built it and the cost. It is something to behold.

After the tour, we rented a 22 Foot Bennington Pontoon boat and Harry drove us around Lake Mead. It was really neat to see the Dam from the lake side after having just viewed it from the opposite perspective. Lake Mead’s water level is down more than forty feet, exposing large discolored areas of the vertical rock walls that are usually submerged. The differentiation in the color of the newly exposed rock is obvious in the photographs that follow. Our unimpressive Hertz GPS determined that the marina where we had parked our car was smack in the middle of the lake. In this rare instance, the GPS had a valid point, as they have recently moved all of the marinas on the lakefront to bring them up to the receding water’s edge. During our time on the lake, Mariah’s phone registered a temperature of 104 degrees on her cell phone. One hundred and four degrees. There is just no need for that sort of heat.

Afterwards, we drove to Las Vegas for a one night stay at the Bellagio. Mariah knows nothing about Sodom and Gomorrah and I thought this would be a good introduction. Sarah flew in to meet us and will join Mariah and me for the next two weeks. We are psyched! Unfortunately, Harry is flying back to the Cape tomorrow, because, as he has noted, someone in this family has to make a living. 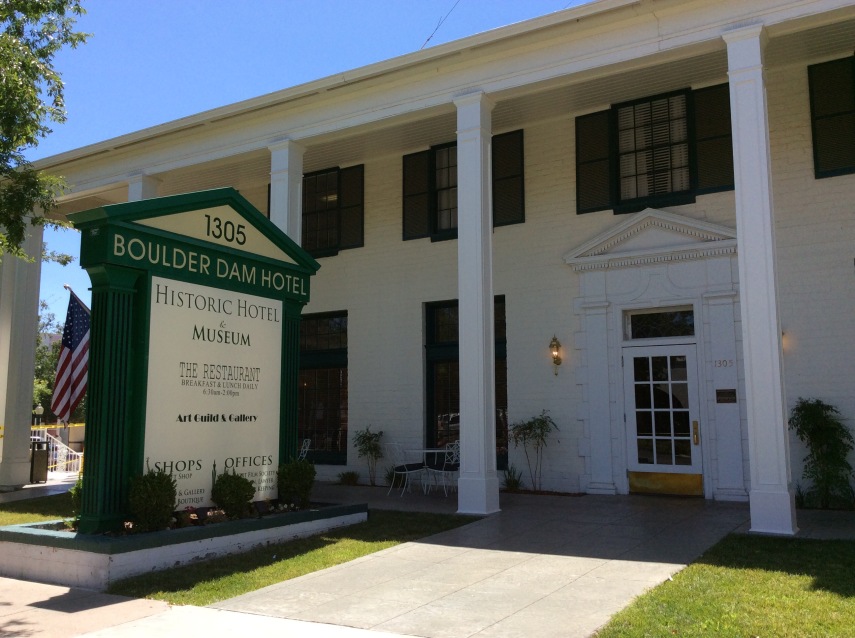 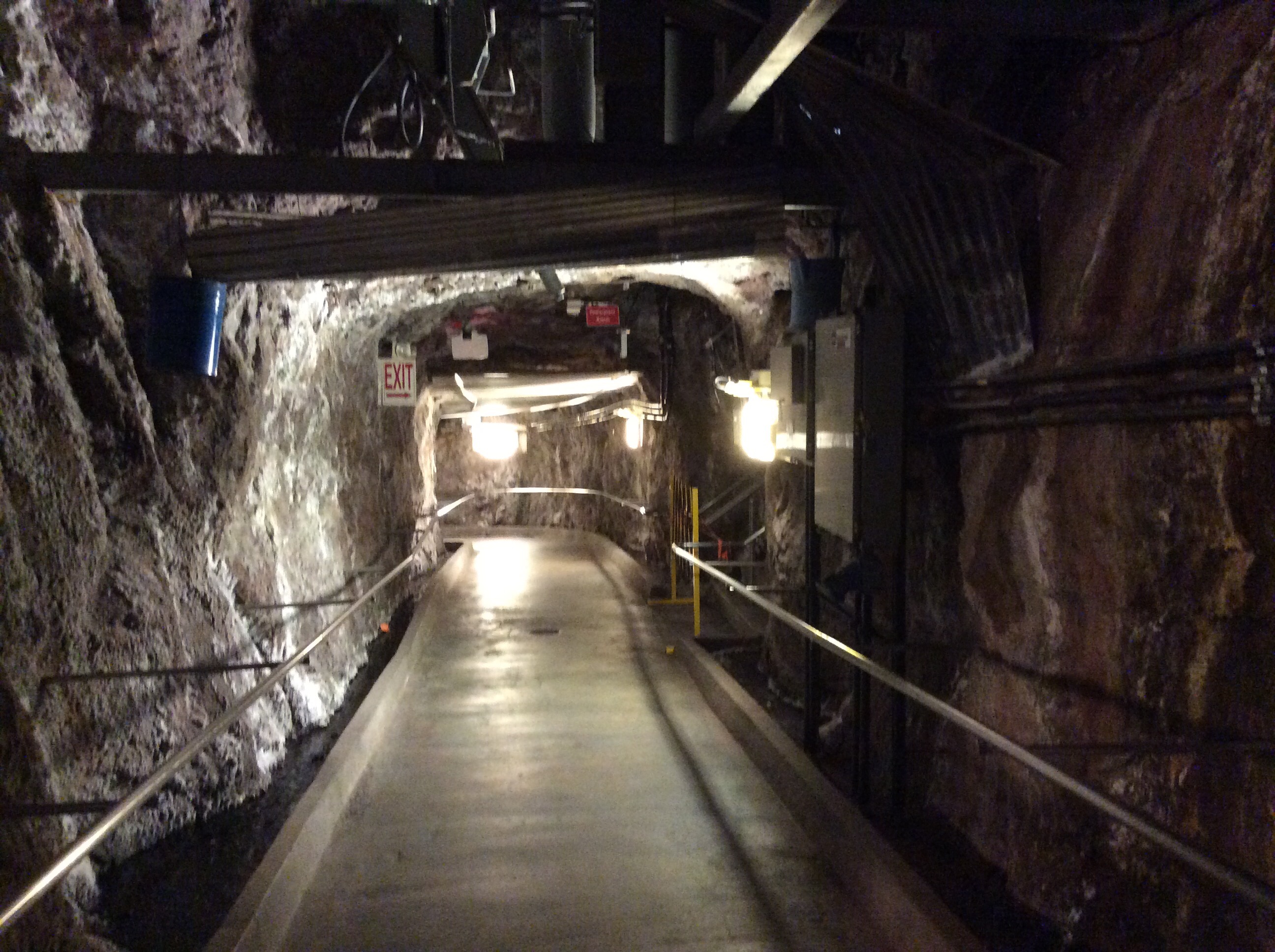 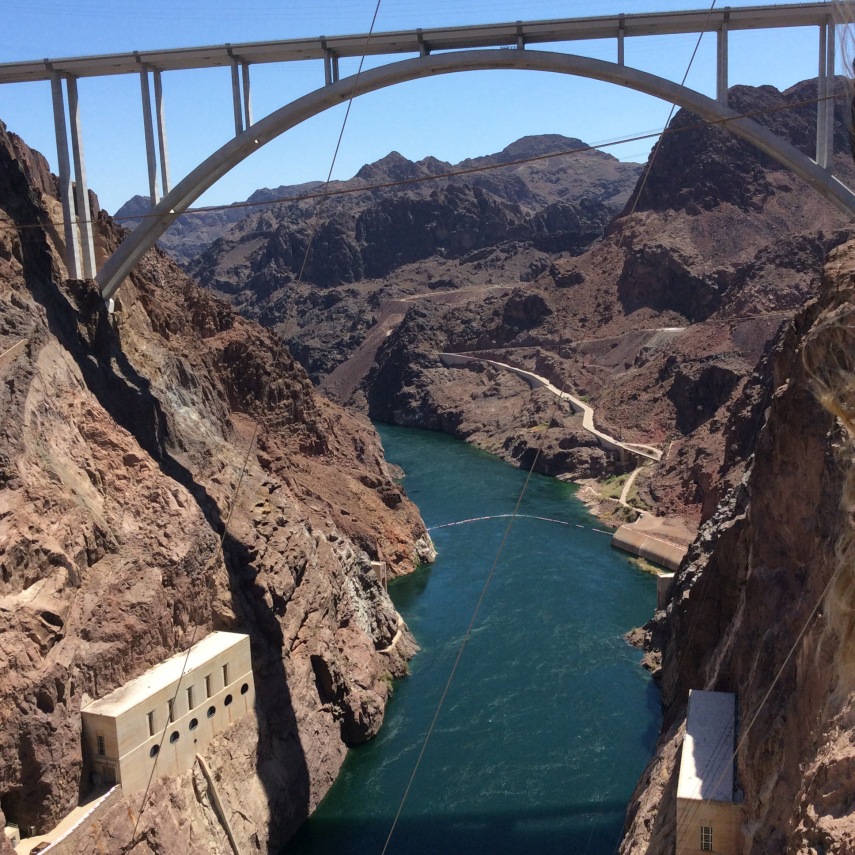 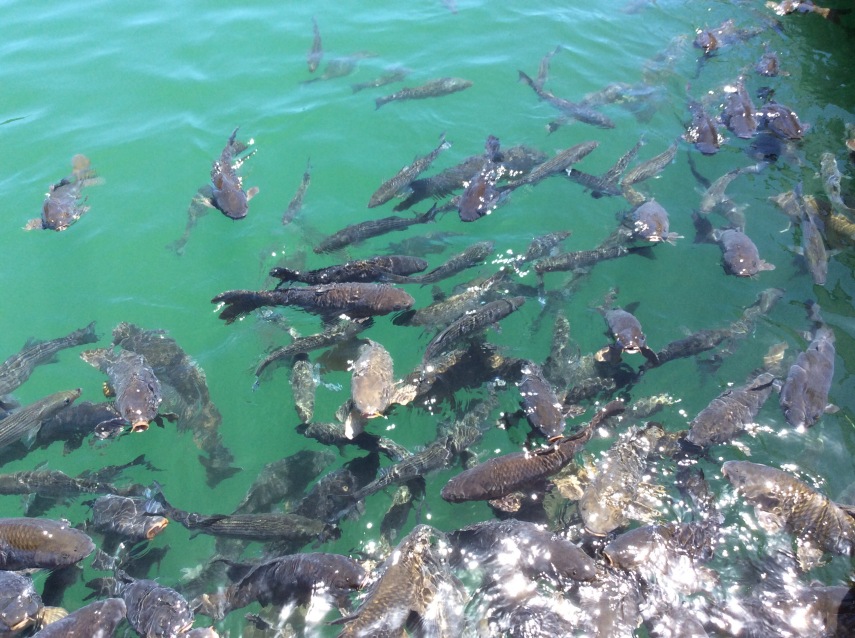 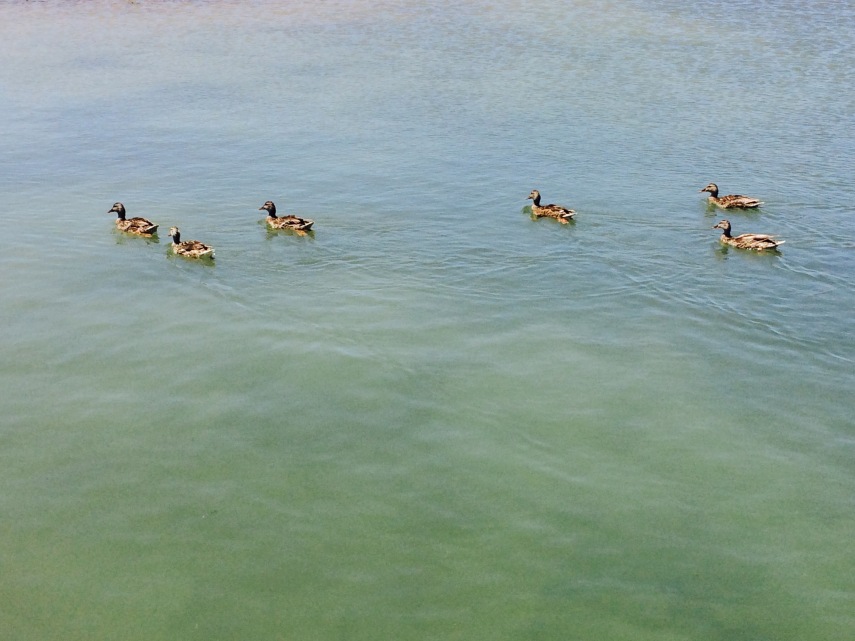 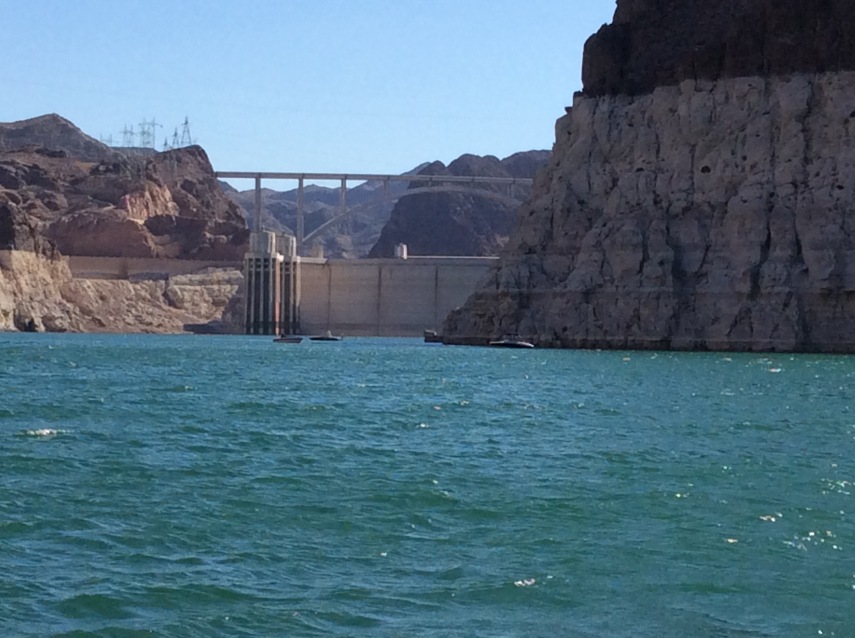