Our day began with a visit to Minneapolis’ relatively new Museum of Russian Art. An entire floor was devoted to a beautiful exhibit of more than one hundred sets of traditional Matryoshka nesting dolls. We saw examples of pre-revolution dolls and learned that they were designed and manufactured under state control to ensure uniformity. In sharp contrast, the exhibit predominantly featured unique post-Soviet Matryoshka dolls that were created by artists without censure and inspired by subjects as diverse as politics, history, fairy tales, romance, and more. 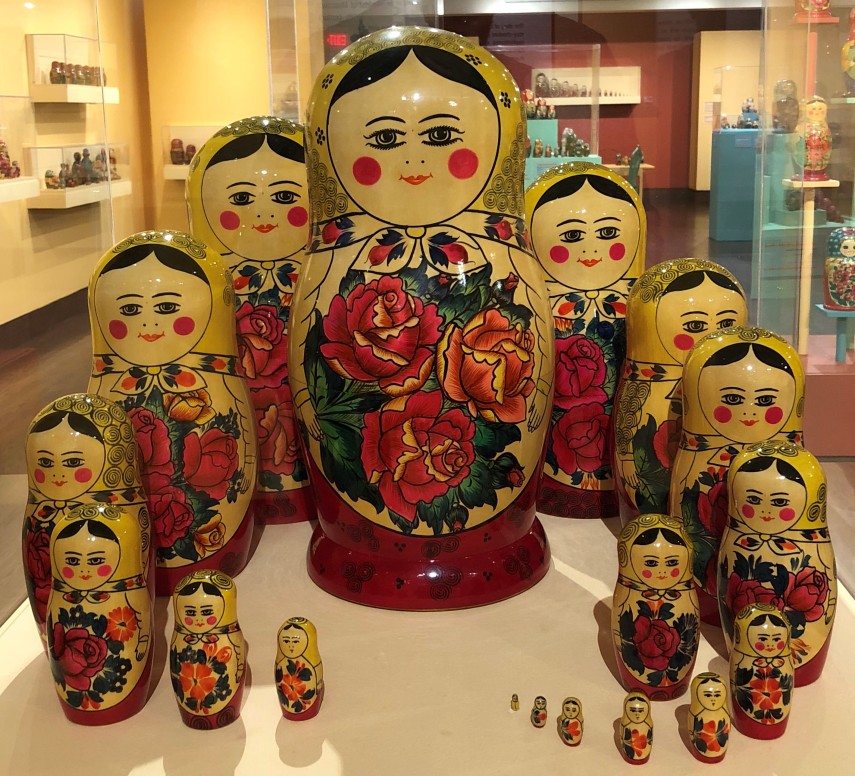 We then joined a gallery talk at the museum presented by a terrific docent who discussed works from their burgeoning permanent collection in an exhibit entitled “Art in Conflict”.  Pieces created in the “Socialist Realist” style which portrayed all that was Communist as good and just were juxtaposed with work in the “Non-Conformist” style that championed opposition to state-sanctioned views. It was a fascinating exhibit in a real gem of a museum. 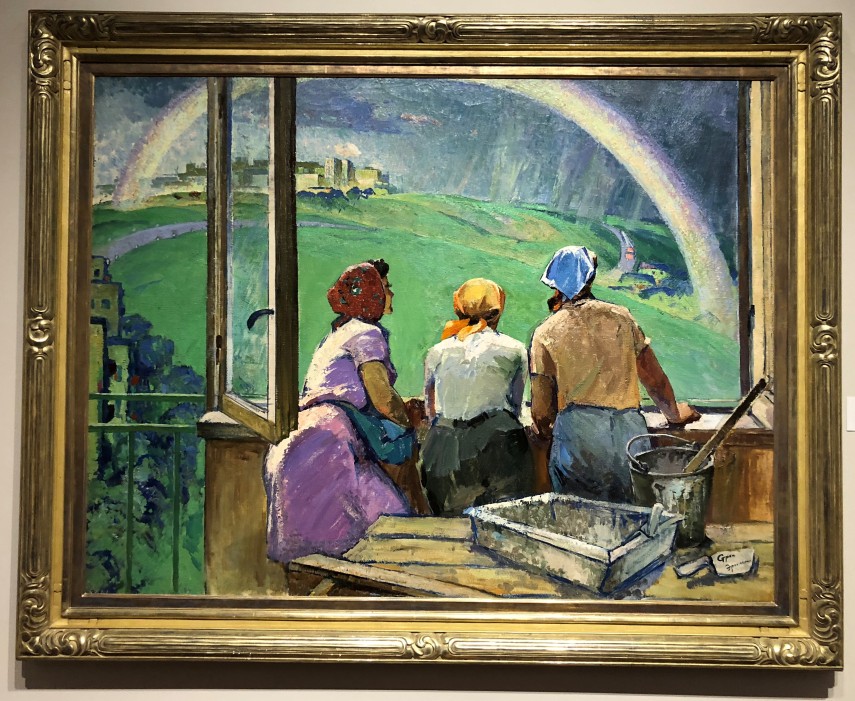 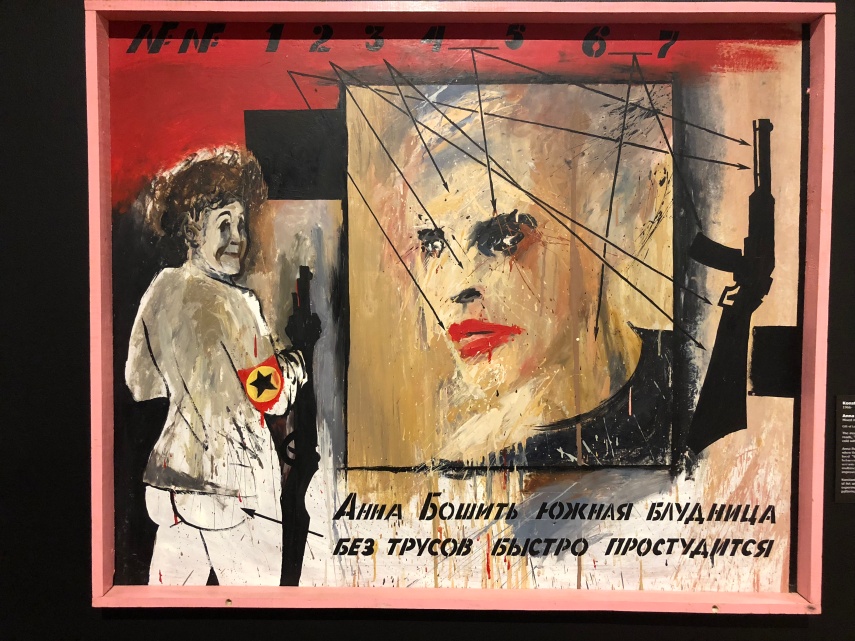 With outside temperatures in the 90’s and rising, we stopped only briefly at the renowned sculpture garden at the Walker Museum. Like virtually every visitor to the region, we posed for the requisite photos with Claes Oldenburg and Coosje van Bruggen’s “Spoonbridge and Cherry” and Katharina Fritsch’s satirical 25 foot high gigantic blue rooster entitled “Hahn/Cock”.  The installation of public art always seems to engender spirited community debate, followed in time with begrudging acceptance, and then, finally, affection.  That seems to be the case here.

If you have ever had your cell phone with you during a heat wave then you have already learned firsthand that when they reach 100 degrees iPhones are programmed to turn off. It is that hot here. The national weather service has posted strongly-worded heat advisories in capital letters for wide swaths of the country.

In the midst of this stifling heat, thousands of protests are simultaneously being held in cities all across America in opposition to our government’s current immigration practices. Here in Minneapolis, thousands holding signs and some even pushing their infants in strollers marched directly in front of the hotel where we are staying for close to an hour. They chanted “Justice Now”, “This is What Democracy Looks Like”, “No Hate. No Fear. Immigrants are Welcome Here”, “No Ban, No Wall, Sanctuary for All” and similar sentiments as they protested. One sign that Mariah noticed, asked, “What Would Mr. Rogers Say?”  It’s a fair question.

In an effort to cram as much as we could into our brief time in Minneapolis, we went to the most unusual of unusual places for a pre-theatre dinner.  Betty Danger’s is a busy, bizarre, and brilliantly marketed faux country club serving Mexican food with a Ferris wheel and a miniature golf course smack in the midst of their eating area.

Our very long and even hotter day concluded with an outstanding performance of West Side Story at the Guthrie Theater.  Just like the Steppenwolf Theater, which we visited when we were in Chicago; the Guthrie is a nationally recognized, award-winning, dazzling jewel in the crown of American regional theater. Attending a show here was as thrilling for me as visiting Fenway Stadium or Wrigley Field would be to a hardcore baseball fan.