Thursday we left Little River, California and we drove more than 300 miles along the beautiful Pacific Coastline from Little River to Santa Rosa to Santa Clara to San Jose to Santa Cruz to Big Sur. On the way, we discovered the wonders of what I like to call ‘exaggeratedly slow driving’. The Pacific Coast highway has gorgeous views, sparse guardrails, and an alarming lack of speed limits for a road that puts you mere feet from the Pacific Ocean. Here’s the catch, there’s a cliff between you and the Pacific, so it’s best to keep some distance. 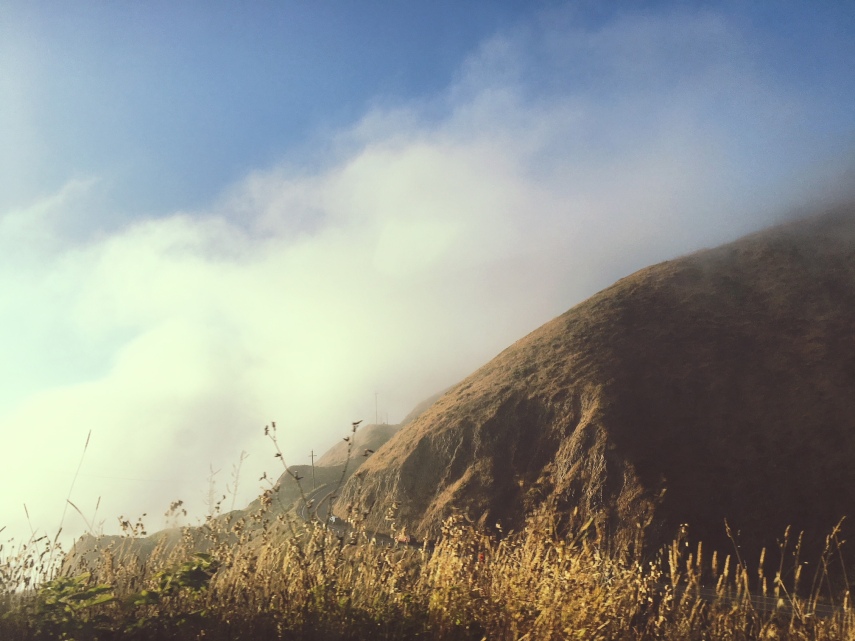 The Highlight of the day was eating at Falafel’s Drive-In in San Jose, which rose to prominence after being featured on Guy Fieri’s Food Network programming. One of our goals for this trip was to find local restaurants in order to become familiar with new places, and shows like Guy Fieri’s were a great source of information. However, many of those episodes have been rerun hundreds of times since their filming, and there’s no telling if the place he visited is anything like the one that still stands. Falafel’s Drive-In was surprisingly delicious, and the family-run business had the same charm and expertise that drew Food Network’s attention years ago.

At one stop along the way, my mom and I spotted a “Missing” poster featuring a young woman from the area. Thinking nothing of it, we continued on our drive.  Two days later, when I opened up my news app on my phone I found CNN’s top story: a woman driving on the 101 through Big Sur had careened off the highway and was stuck at the bottom of the cliffs for 8 days until tourists found her and she was rescued. It was the same woman we had spotted on the poster, and from then on our average speed steadily decreased. The terror-inducing quality of driving on route 101 was entirely worth it, though.

Our destination in Big Sur was Treebones, a property which is comprised of a collection of yurts and similar lodgings and is totally off the grid. The lack of internet and cell connection was unnerving given the increasingly frequent warnings against natural disasters and dangerous conditions as the road took us closer to Treebones. Rockslides, poorly placed construction barriers, sheer cliffs, and narrowing roads all made me wonder just how exactly people reach each other in case of emergency.

In spite of signage-induced paranoia, the lack of cell phone engagement turned out to be a valuable experience, and the two days we spent at Treebones were incredibly grounding. What makes Treebones truly unique are the accommodations. Yurts are tents fashioned after aboriginal Mongolians structures, and the rustic feel of the yurt was aided by the ambient sounds of Big Sur’s natural inhabitants: very loud, nocturnal Elephant Seals who were eager to communicate with one another with increasing volume. I am not sure whether or not they have seals in Mongolia or whether the seals have internet service.

Energy efficiency and conservation were two of Treebones’ primary focuses, and they made a concentrated effort to highlight the land without damaging it. This guilt-free way of appreciating nature was a welcome respite from driving on highways that were blasted out of a mountainside or passing by clear-cut swathes of forests. We stayed two nights at Treebones in the yurt enjoying views of Big Sur whenever the persistent Pacific Ocean fog abated. 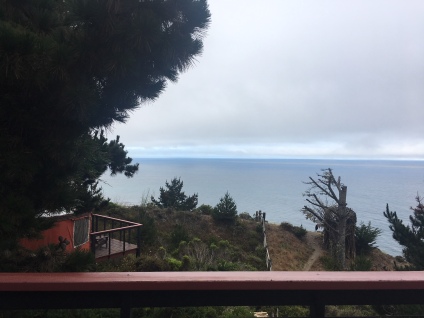 Mom will write next catching you up on our journey to LA. Thanks for reading!