Without the Elmer’s Glue

This morning we left Cheyenne, Wyoming and drove to Nebraska. We were greeted by inquisitive cows.

In the seldom explored recesses of my mind, memories of my earnestly created Wyncote Elementary School science projects are stored. Today, there was reason to retrieve the details of a particularly unwieldy fourth grade project on crop rotation. One third of a large and flimsy white poster board was devoted to depicting a verdant summer crop comprised of rows of leafy vegetation constucted using little cotton balls dipped in gloppy green tempura paint. Next to it, a section of equal size featured the already harvested spring crop, represented by broken toothpicks encased in translucent mounds of drying and dried Elmer’s white glue. Completing my agricultural wonder was the third section, painstakingly crafted to look like dormant land. It was covered with sand that despite the application of a veritable sea of Elmer’s white glue (carefully spread with popsicle sticks) subsequently deposited a trail of grains on every surface on which it was placed. Centered at the top, encroaching on the middle parcel, in black magic marker, I printed the imaginative title, “Crop Rotation by Maggie Greenfield”. Check out the photo below. Personally, I was genuinely thrilled to see each of these different phases of crop rotation on display on a working farm.

An hour or so further down the road we stopped to photograph a rock formation with a colorful history located smack on the Oregon Trail. Here is what I had written back in March about the Chimney Rock National Historic Site as we planned our itinerary. “Chimney Rock was designated a National Historic Site on August 9, 1956. Located in the valley of the North Platte River, this landmark has been remarked upon by people for centuries. Chimney Rock is known as the most famous landmark on the Oregon-California Trail. According to early fur traders, Native Americans named the rock “Elk Penis” after the penis of the adult male elk. This made more sense to those who had lived for centuries on the plains than comparing the rock to a feature from a white man’s building. Prim and proper usage among Anglo-Americans, though, overwhelmingly preferred the more delicate name “chimney”. Clearly, after that description we were going to visit.

As it turns out, entranced by the history, no one online thought to mention that the area (while evidently atractive to cattle) is hostile terrain and unsuitable for hiking. See the photograph of the warning sign posted prominently at the area. We skedaddled out of there immediately after taking a few photographs from the relative safety of the parking area.

Next up was a stop in Alliance, Nebraska to see Carhenge. Thirty-nine vintage American automobiles were painted gray and placed in a circle measuring about 96 feet in diameter to replicate the proportions of Stonehenge.  Now maintained by the town of Alliance, this quirky site receives more than 60,000 visitors a year. Perhaps this isn’t a traditional Independence Day activity, but it worked for us. After all, certain adjustments had to be made to our usual routine since we found ourselves almost a continent away from our annual July 4th celebration at Aunt Linda and Uncle Billy’s home.

As Harry observed throughout the day, freight rail service is alive and well and thriving out west. Mariah and I must have passed a thousand or more train cars moving along at a heady clip during this trip. They often would lumber along on tracks that ran parallel to the country roads on which we were driving until eventually Mariah would lose track of the total number of cars attached to any given train. It is amazing to watch 100 or more cars connected to one another as they follow behind just two engines leading the way. The photographs below capture the magnitude of these monsters as a train in motion passes a train at rest.

We crossed into South Dakota in the late afternoon. Harry, Mariah and I are staying tonight at a little economy hotel in the shadow of Mount Rushmore to facilate an early morning visit. Wish us luck navigating the holiday weekend crowds. 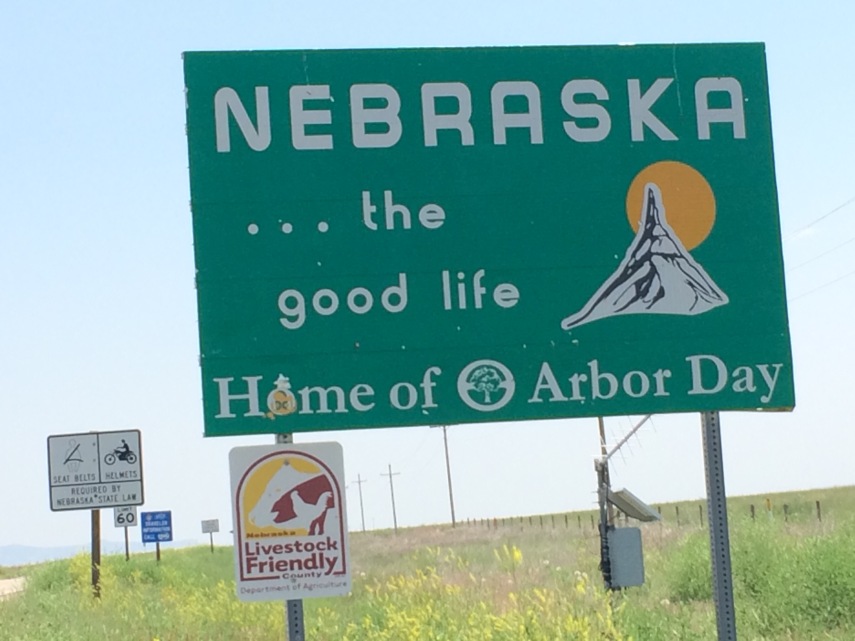 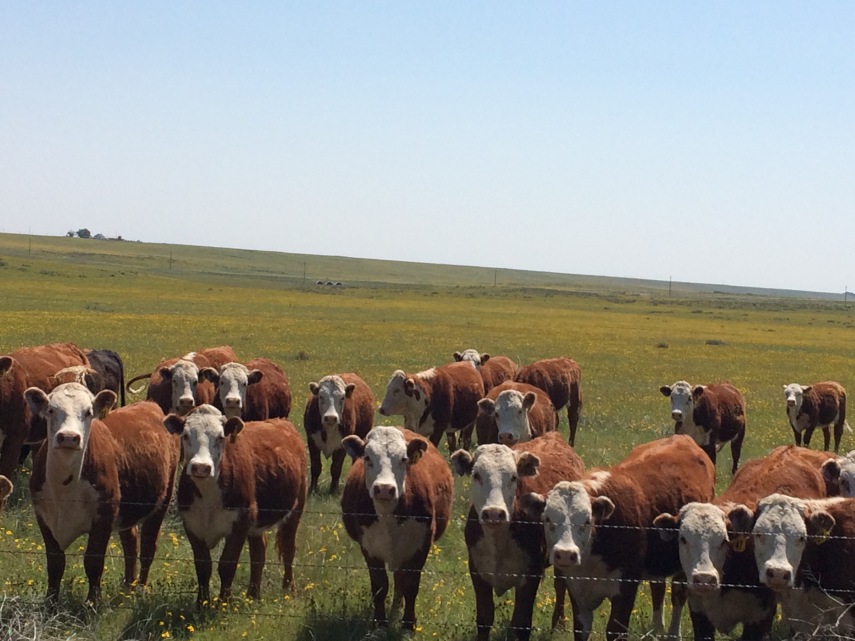 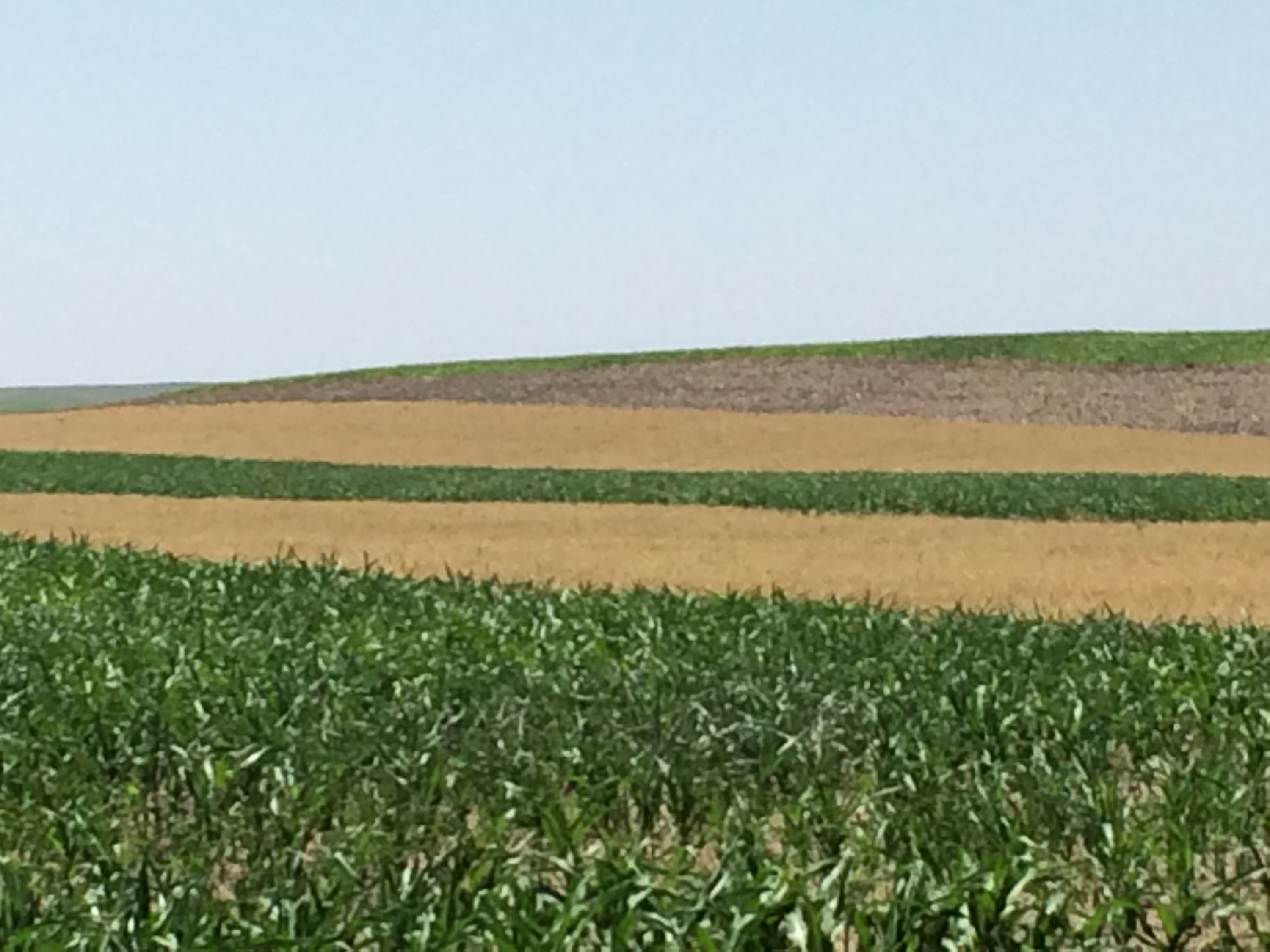 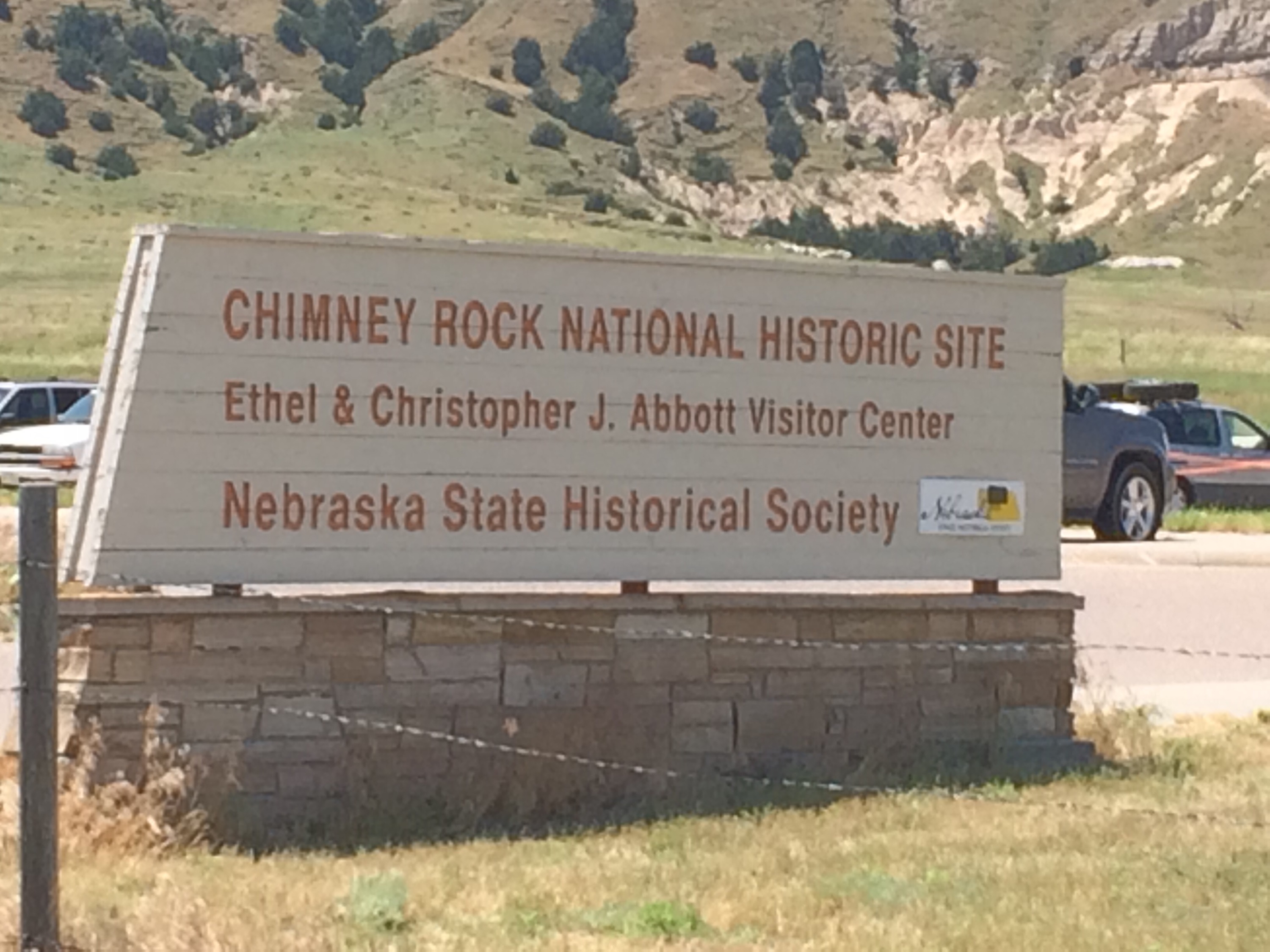 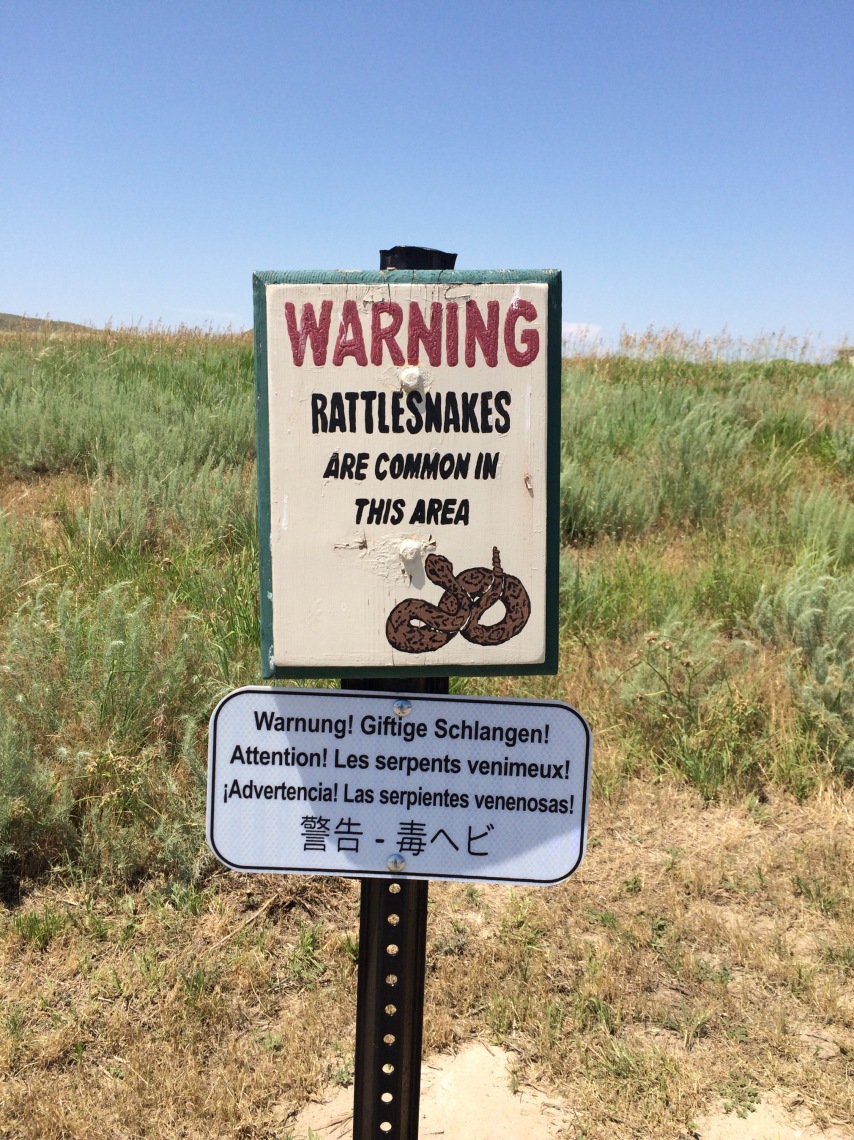 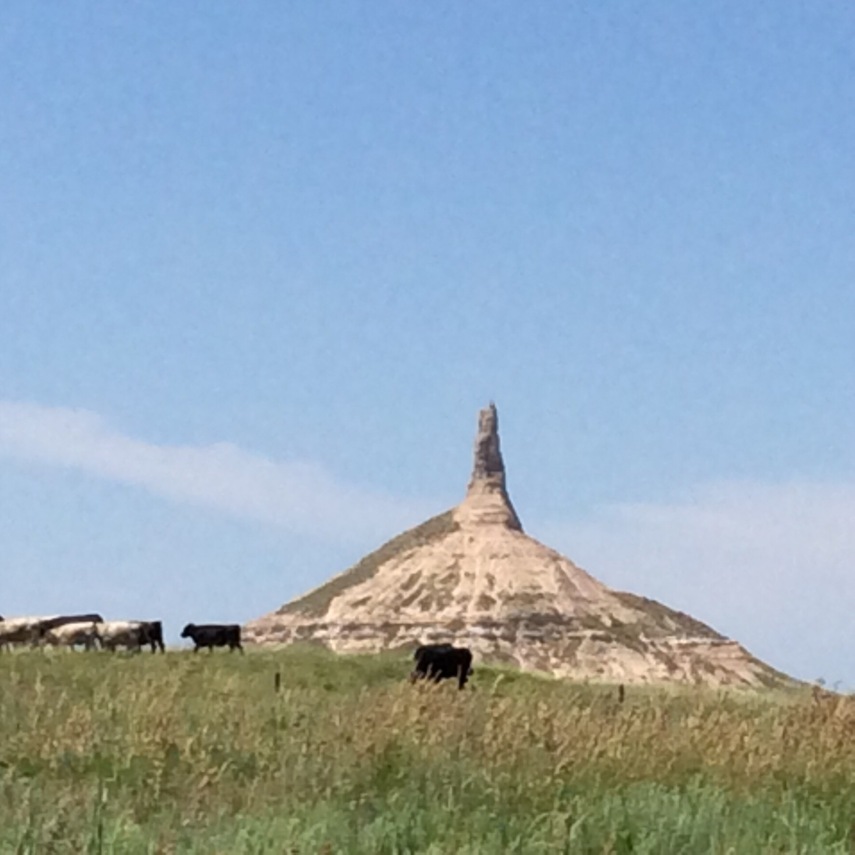 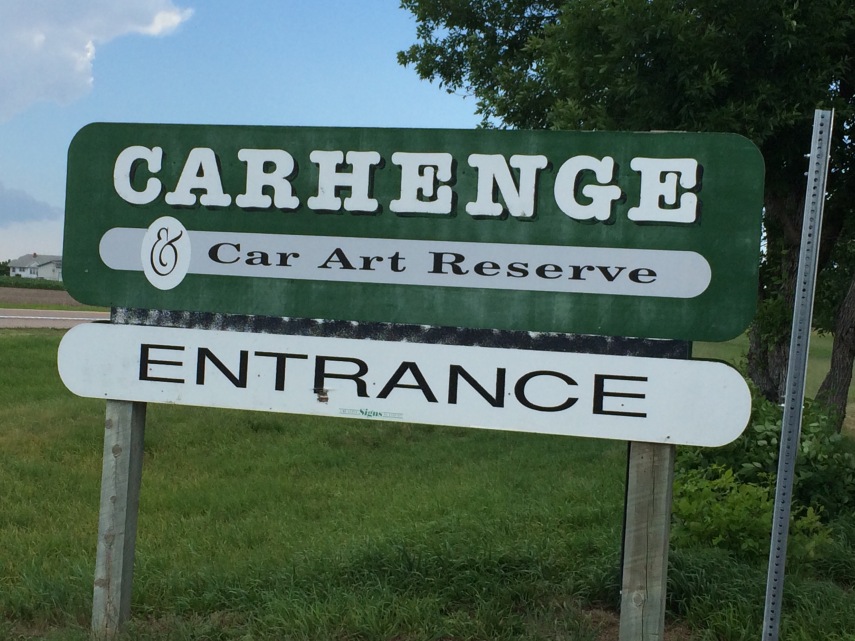 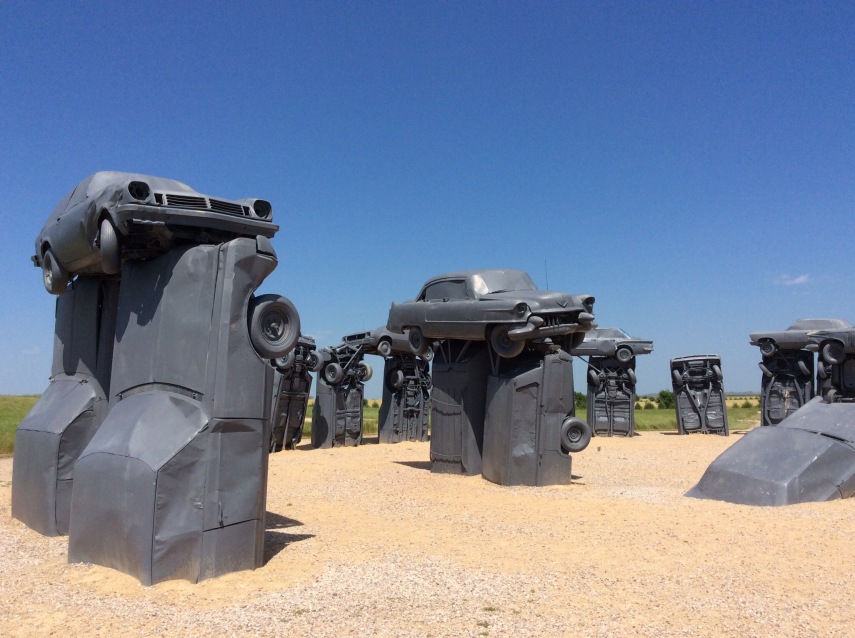 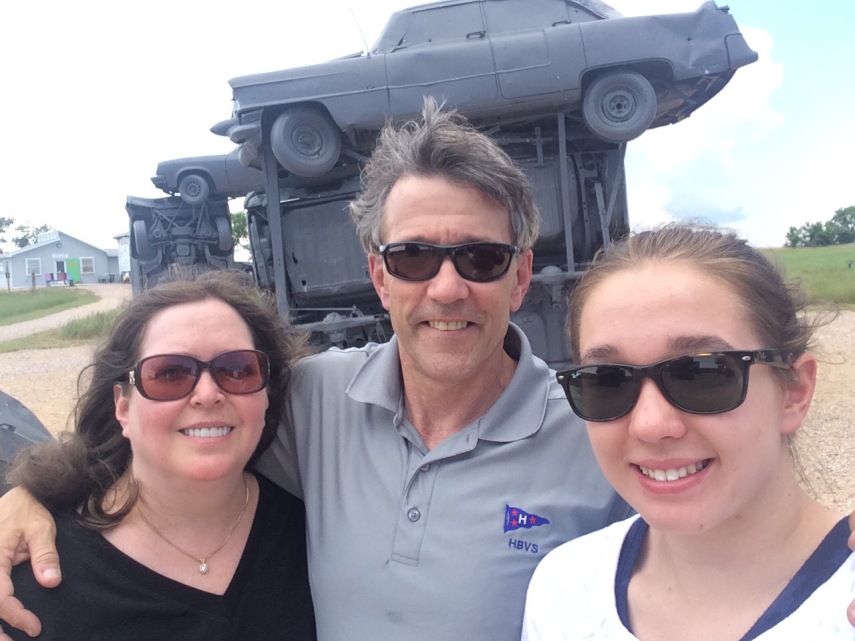 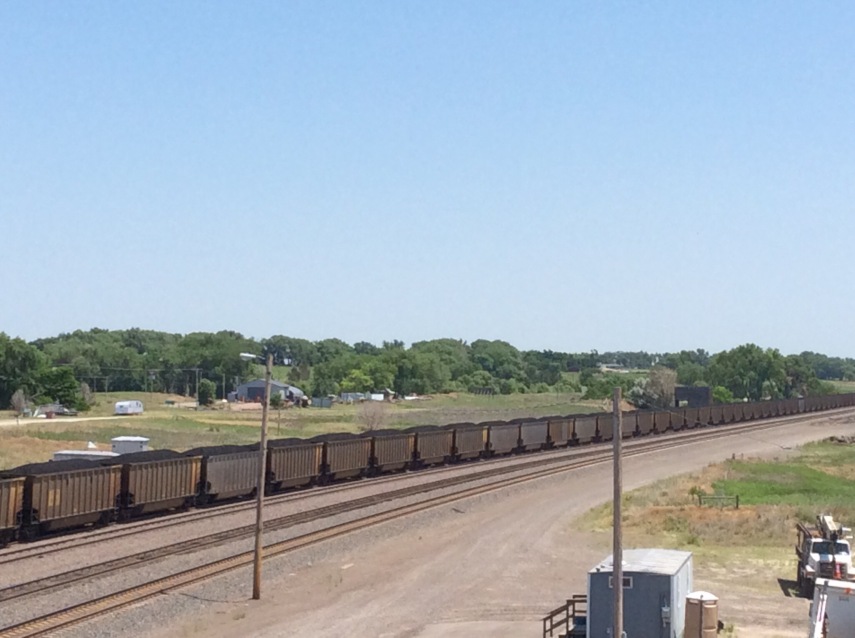 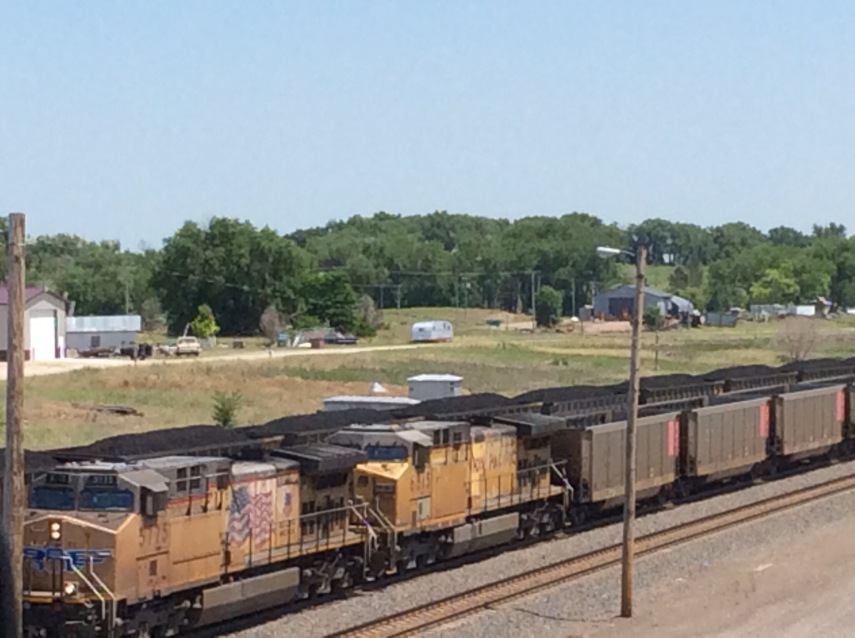 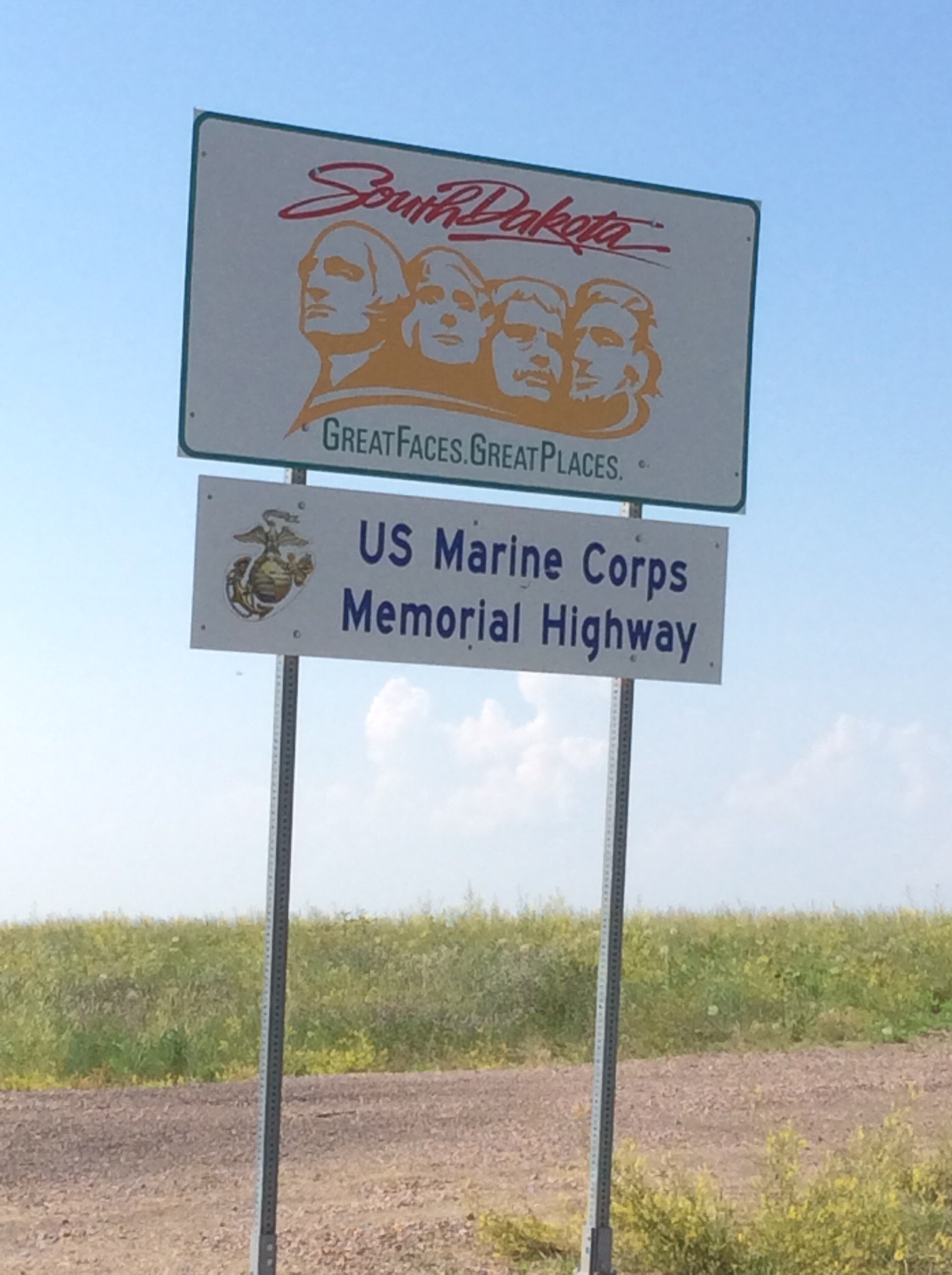