In the Midst of the Madness

We returned our rental car yesterday with 9,062 Van Sciver miles on the odometer. When we add the 379 miles we put on on our Suburban before picking up the rental in Philly – Mariah and I have traveled 9,441 miles together on this trip, so far. We will be cruising in Sarah’s car for the final leg of our trip. We didn’t take a direct route between coasts, but we sure chose an interesting one.

Since entering the Golden State of California, I have been amazed by their mess of a highway system. In particular, Los Angeles and the nearby towns are connected by an insanely complicated system of highways. It is utter madness. My theory is that they hired a brilliant city planner who developed a practical and clean set of highway plans to move the necessary volume of cars from place to place. Then, an unbelievable series of bizarre events occurred. As a result, the team of engineers responsible for constructing the roadways accidentally built the highway system based on the flip side of the approved plans. Inadvertently, they followed the random scribbles of their brilliant city planner’s three year old child that had been scrawled in purple crayon on the back side of his approved plans. There is no other possible explanation for this chaos.

Yesterday, we took a day trip into Hollywood and walked along a section of the Hollywood Walk of Fame. It is a brilliant cultural tourism initiative managed by the Hollywood Chamber of Commerce. After a bit of quality people-watching, we stopped nearby at a sports bar/arcade called “Dave and Busters.” It seems counterintuitive to me that in a part of the world where everyone is bombarded unavoidably and continually by an overwhelming number of sights and sounds, people willingly seek out a restaurant that assaults them with even more visual and aural stimuli. The place is a headache in a box. If they really want to boast their profits, they should offer Tylenol and earplugs on their menu.

On the recommendation of my cousin Anita, we toured The Grammy Museum after escaping Dave and Busters. It was unexpectedly wonderful. Mariah particularly enjoyed the exhibit on Taylor Swift. Sarah and I loved the historic exhibits and their extensive videos. I plan to return there with Sarah after she has been awarded her first Grammy. We ended our day by meeting Sarah’s charming new boyfriend, Danny, and her sweet friend Drew. Our evening together was delightful.

We spent the better part of today relaxing, (meaning Mariah and I hibernated until noon), before sampling a fabled In-N-Out Burger, shipping some of our stuff back to the Cape, and washing several loads of laundry. Finally feeling organized, we headed north up the coast to Ventura to meet my brother’s son, Jeff, and his exceedingly lovely girlfriend, Liz, for dinner at a little Indian restaurant. It delights me to see the fascinating adults my nieces and nephews have become. It was beyond fabulous to see him again.

The signage as we drove into our hotel for the night reinforced my sense that Californians have an unnaturally high tolerance for excitement. 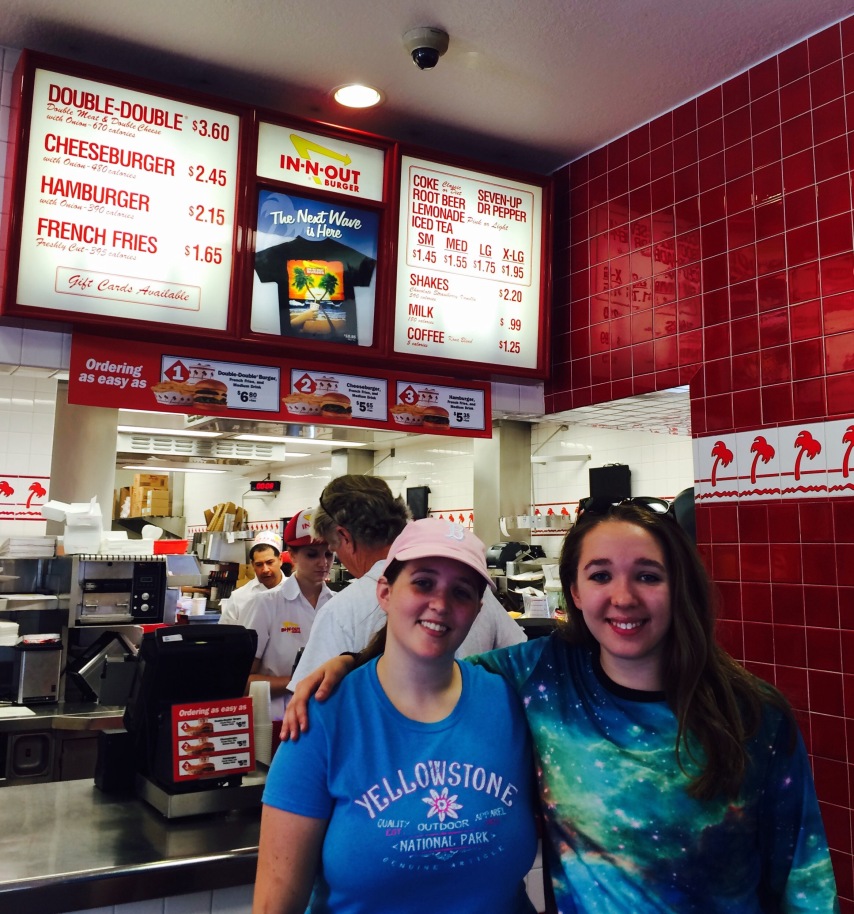 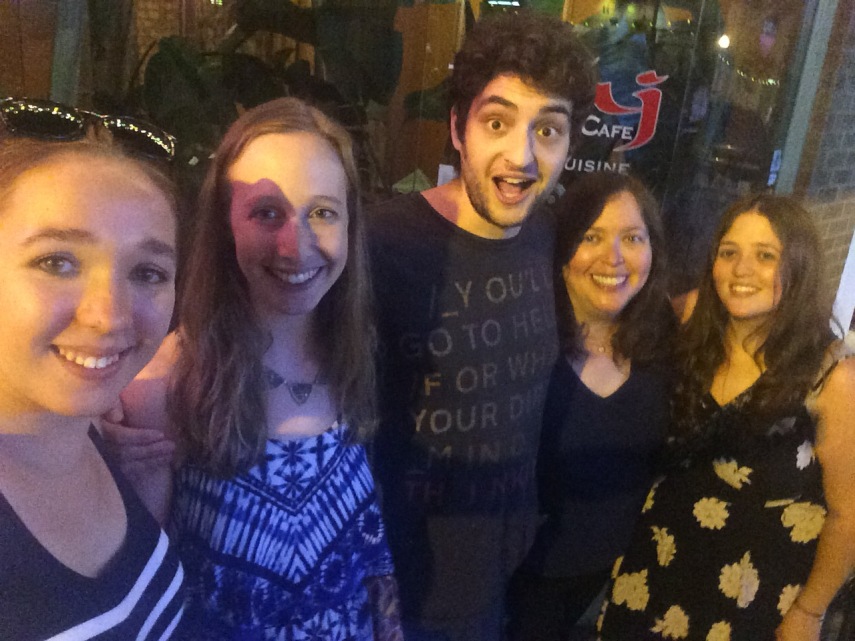