You may wonder how these three are intertwined via the wonders of road trips and WordPress. Well, aside from all three being multi-media international superstars with hits spanning from 1983 to 2015 and iconography beyond compare, they also have a great deal to do with the last week. Starting with Katy Perry (Katherine Elizabeth Hudson), we went to Las Vegas, which is name dropped more than a few times in her hit song ‘Waking Up in Vegas’. Despite its questionable content (give it a listen), I’ve loved this song since it dropped way back when in 2008 with her debut album (under the name Katy Perry that is, for she had a Christian rock album under her actual name that came out a few years before). Vegas was glamorous, dazzling, ostentatious, modern-yet-classic, but, ultimately, just gross. The shiny facades and bright lights are alluring in their own right, but the blatant sexism, disrespect, and wastefulness put to excess ruined it entirely. I would love to return as an adult, because I’m sure there’s lots of reasonable, morally sound fun to be had, but seeing the city at 12 am really put things into perspective (this is a subtle way of saying I saw several hookers, and the weirdest thing I saw the whole night was a guy with his bros getting a selfie with one of the girls). I mean no disrespect to the women working in this industry, but I do think the circumstances surrounding their employment is shady at best and very unsafe, as well as being grossly misogynistic. My criticism is aimed at the employers of this industry, not the employees. Katy’s song does touch upon this, melodically stating “shut up and put your money where your mouth is – that’s what you get for waking up in Vegas – shut up and shake the glitter off your clothes now – that’s what you get for waking up in Vegas”, because Las Vegas doesn’t care who you are as long as you pay up, and the glitter can’t cover that up, no matter how hard corporations try.

Sin city has some weird marketing. 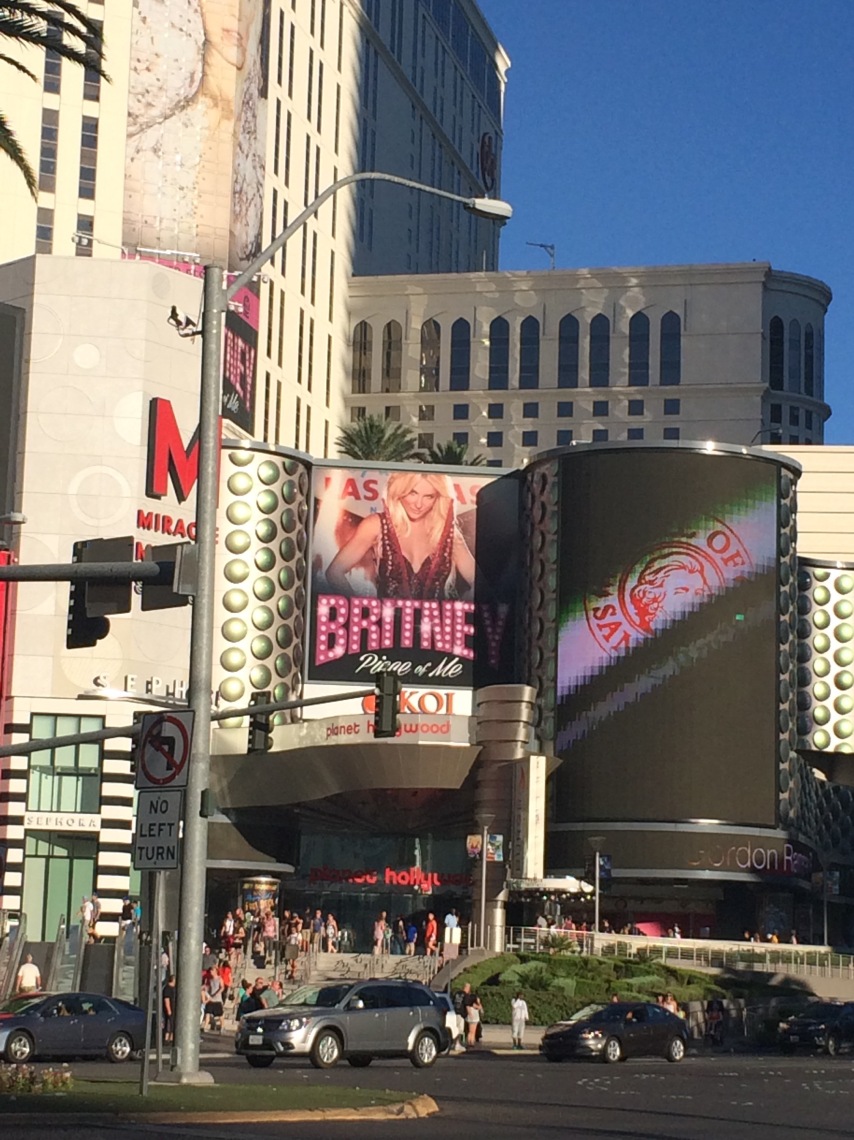 Britney Spears is one of my favorite singers, and her talents extend to dancing, cinematography via her stunning videos, and a penchant for business. She has a residency at Planet Hollywood for her show “Piece of Me”. This is named after her song “Piece of Me”, which is one of my favorite ‘I’m-too-cool-for-you-don’t-mess-with-me-not-today” anthems.

I saw this ad for Dior, starring Rihanna, multi-platinum multi-media international superstar badass icon. It’s from a new campaign that was actually filmed at Versailles, and for which this huge image was splayed on the wall of the Bellagio. In case you don’t know, Rihanna is primarily a singer, and she’s epic.

As for the Madonna segment, this should explain.

The Madonna Inn was an eccentric trip into the indulgences of various tastes and idiosyncrasies. It was weird, but also kind of great. I doubt Madonna has actually been here, but if she did I’m sure the E! News app on my phone would alert me immediately. While at the Inn, we had lunch and it was quite dandy. While I’m glad I had the opportunity to see this iconic California destination, staying there may have admittedly been a bit much, as the eccentricities were somewhat a sensory overload, especially aesthetically. 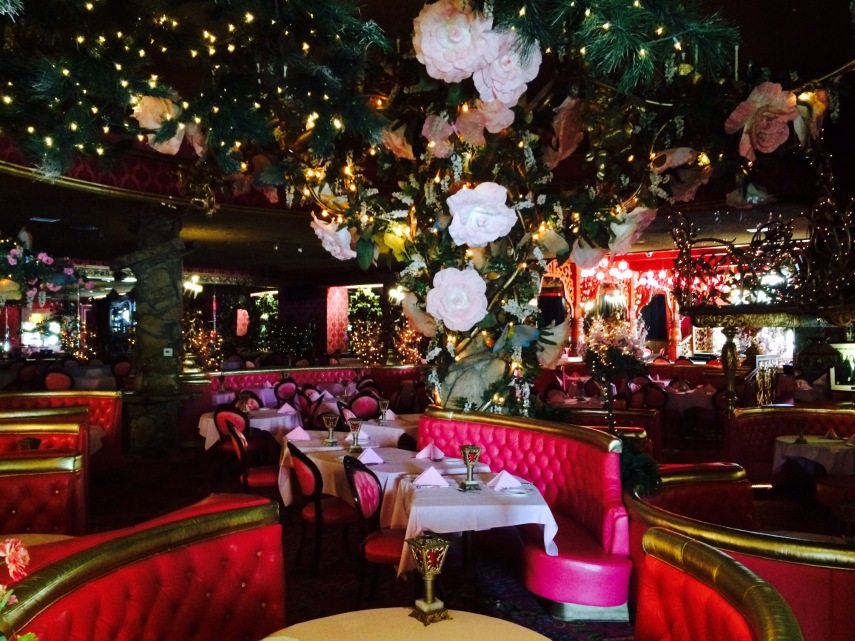 Now, for the grand popstar finale, LADY GAGA. We visited Hearst Castle, built by William Randolph Hearst, where part of Spartacus and the entirety of Lady Gaga’s video “G.U.Y An ARTPOP Film” was shot. 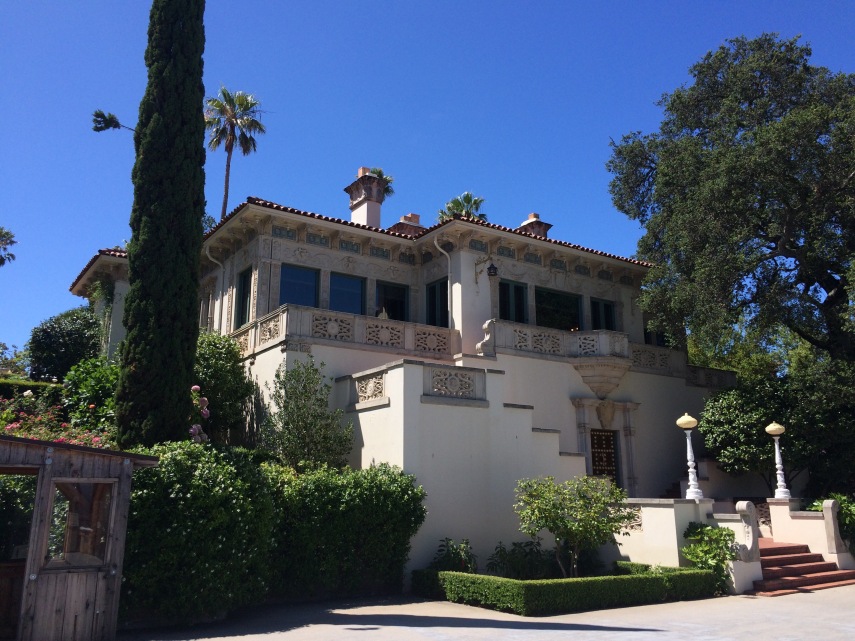 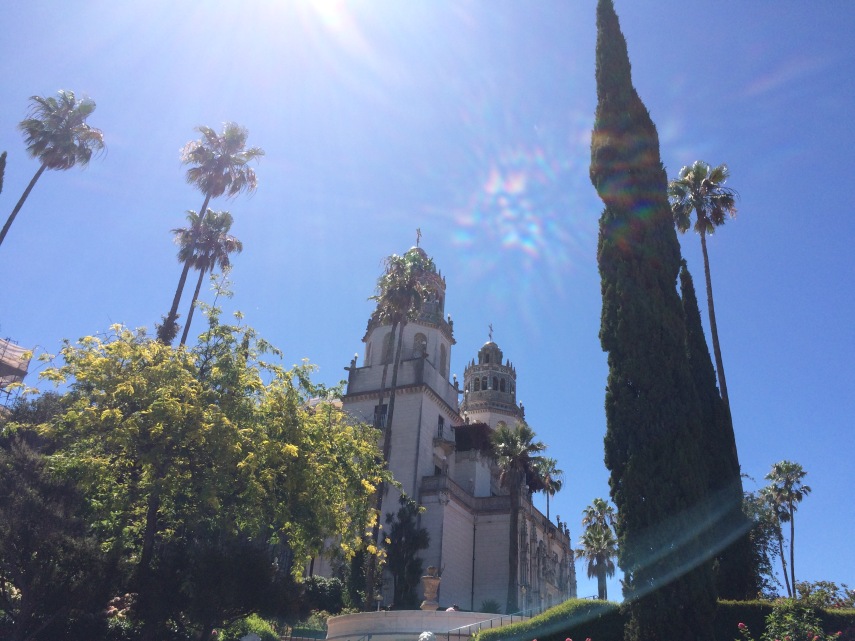 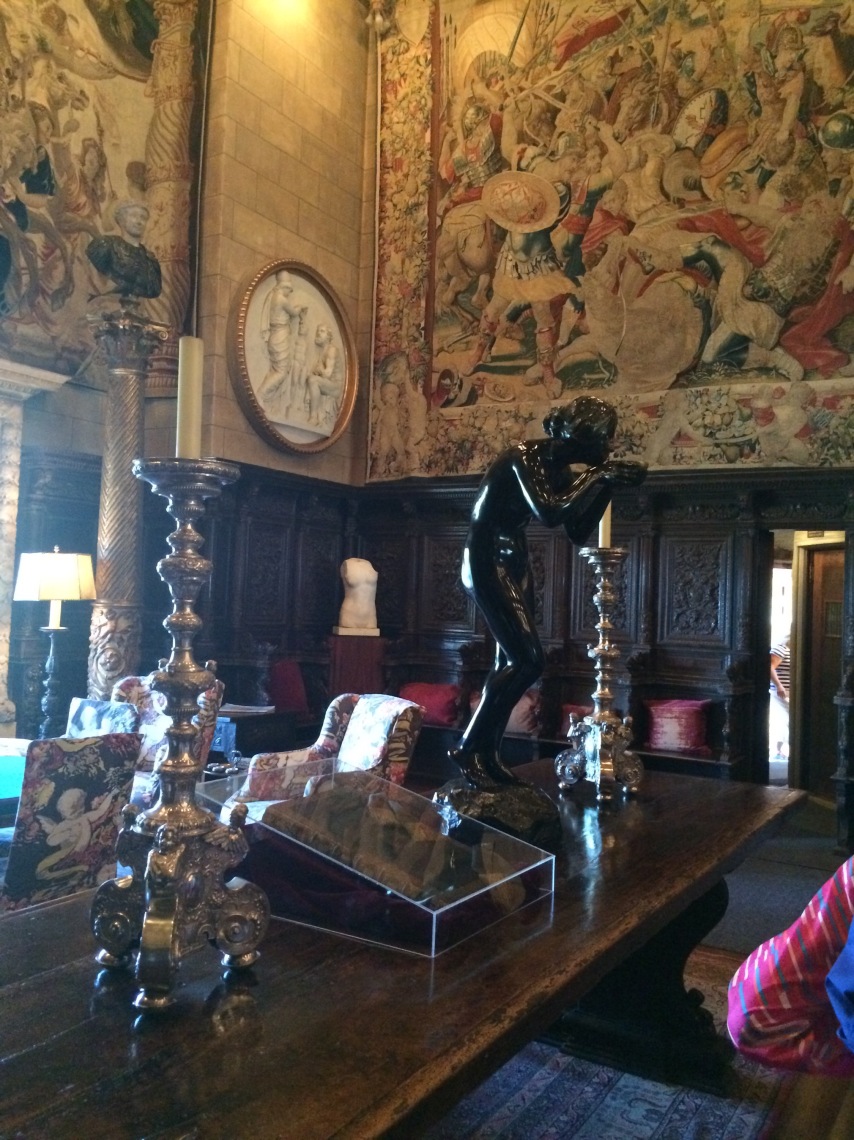 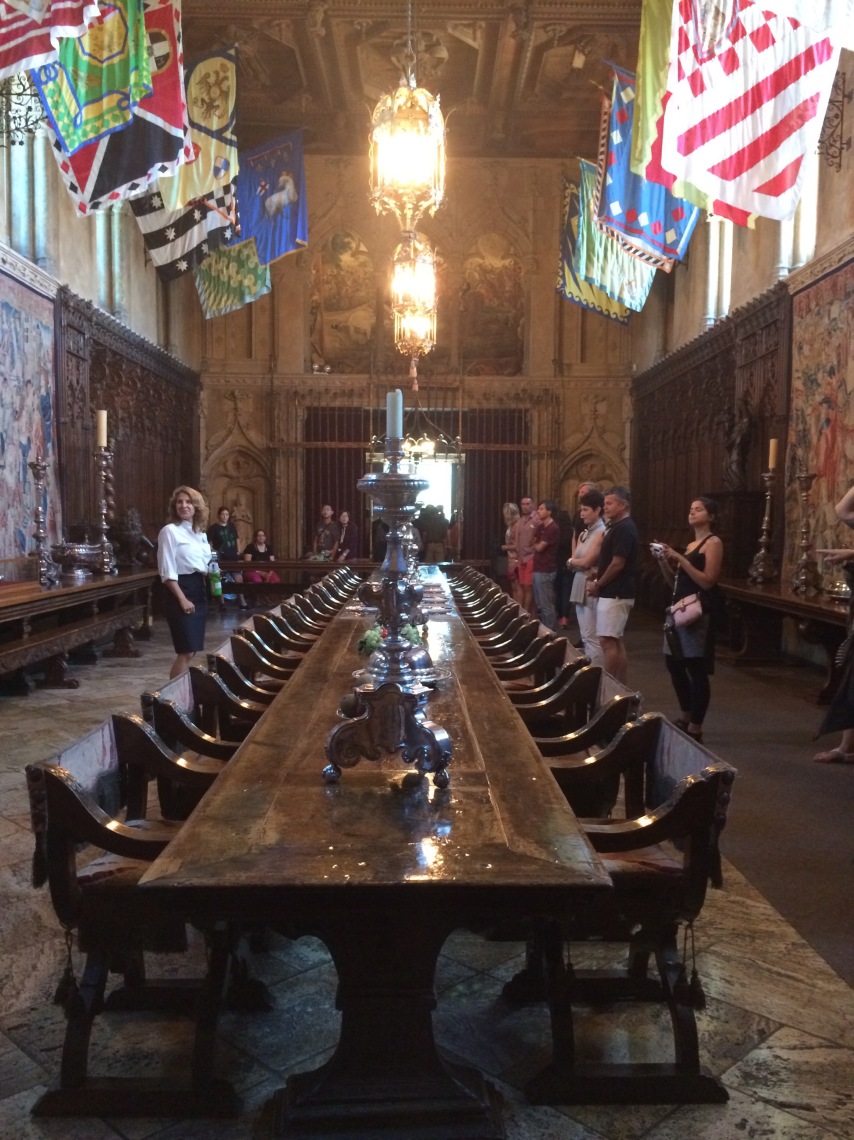 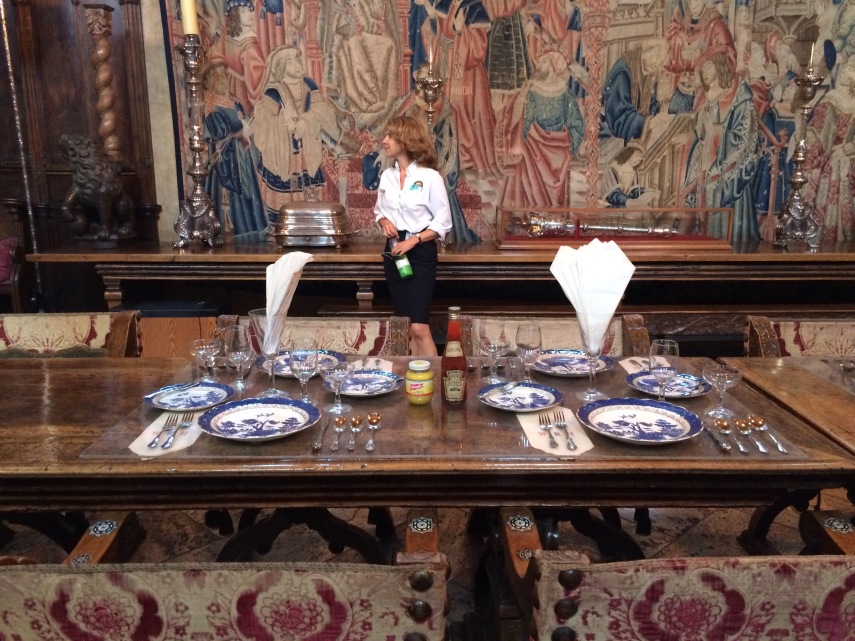 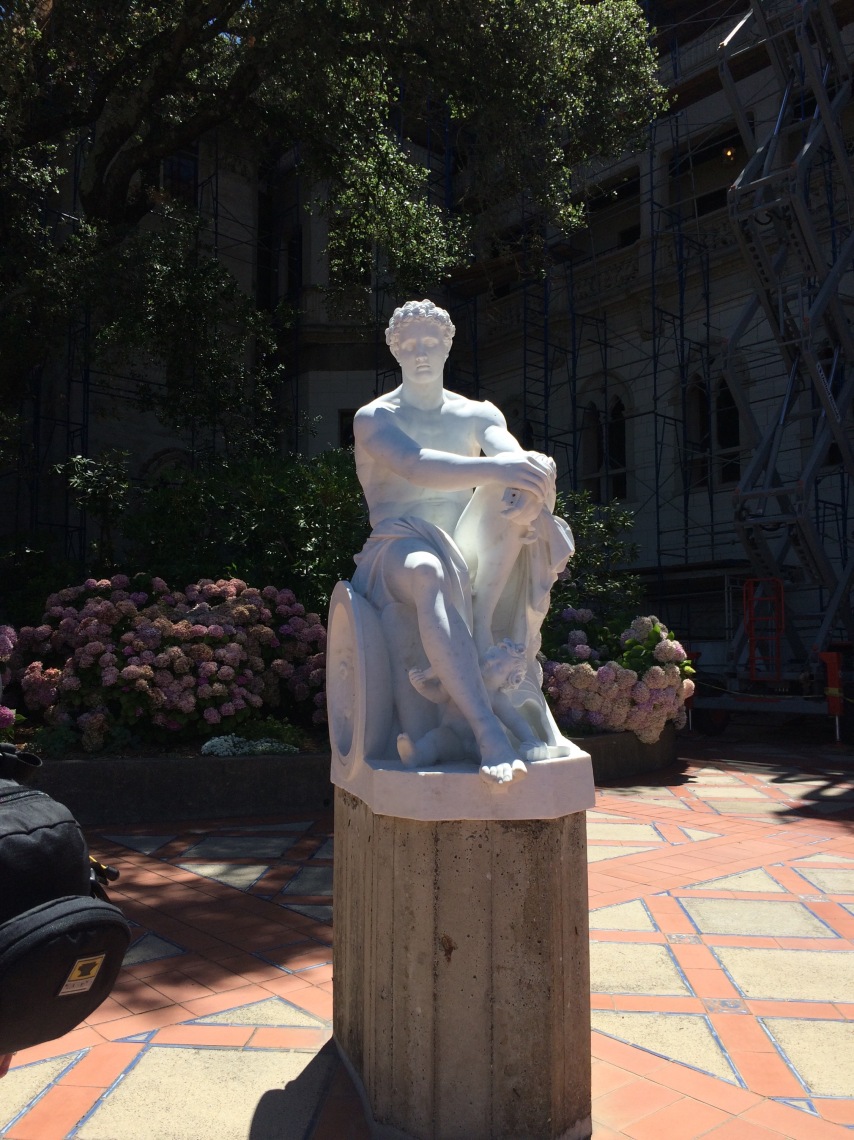 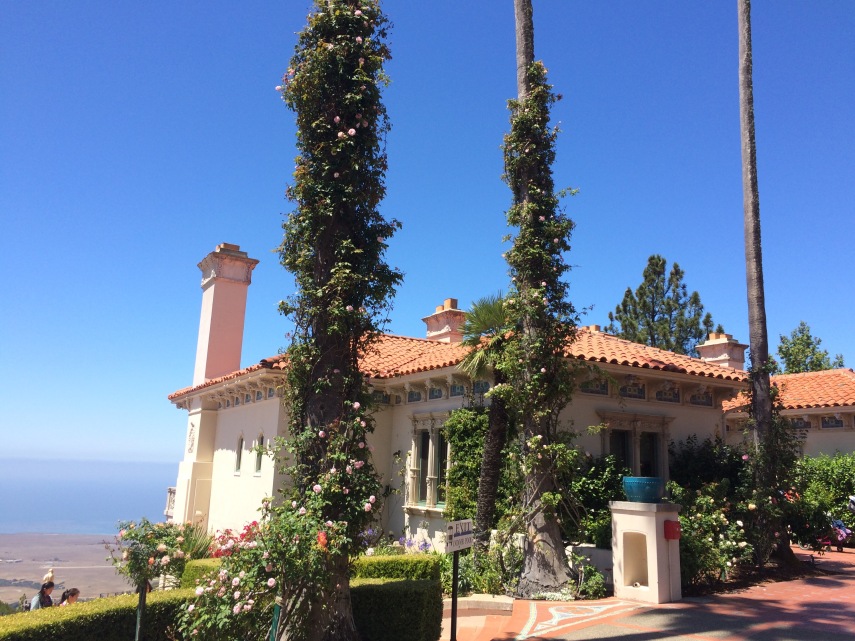 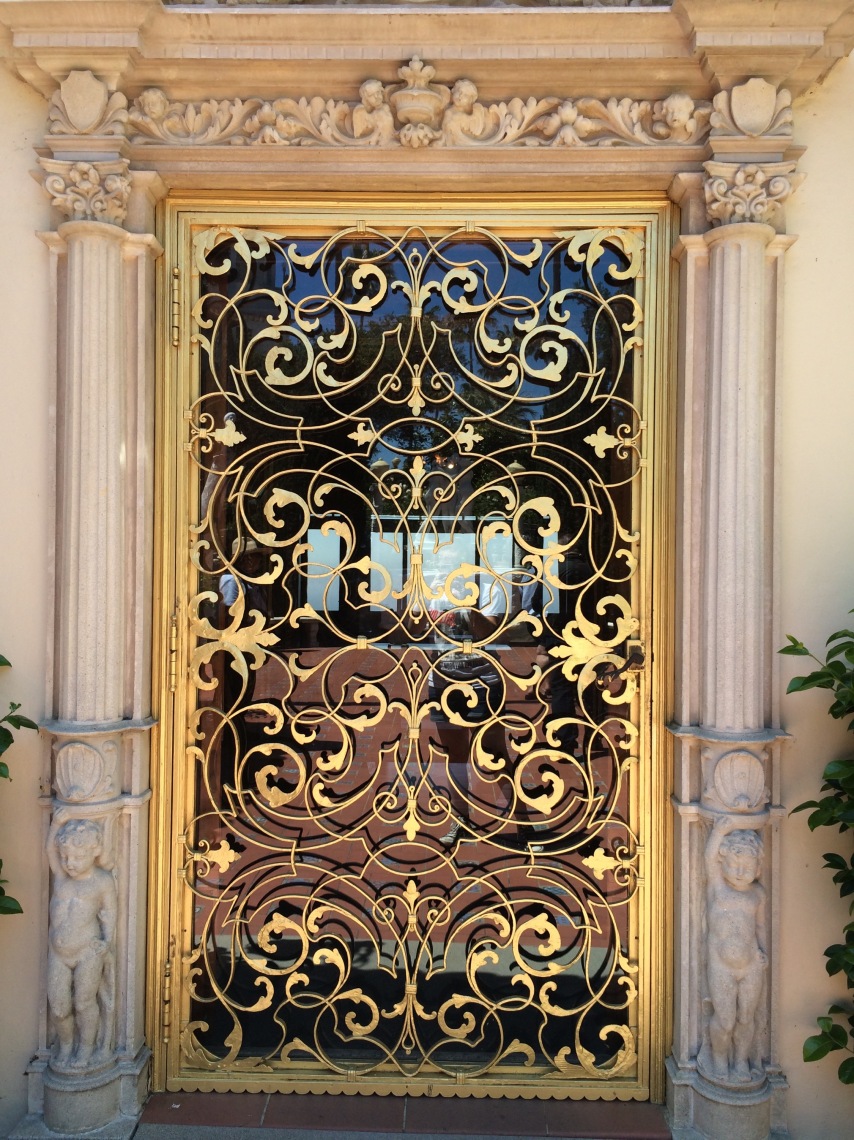 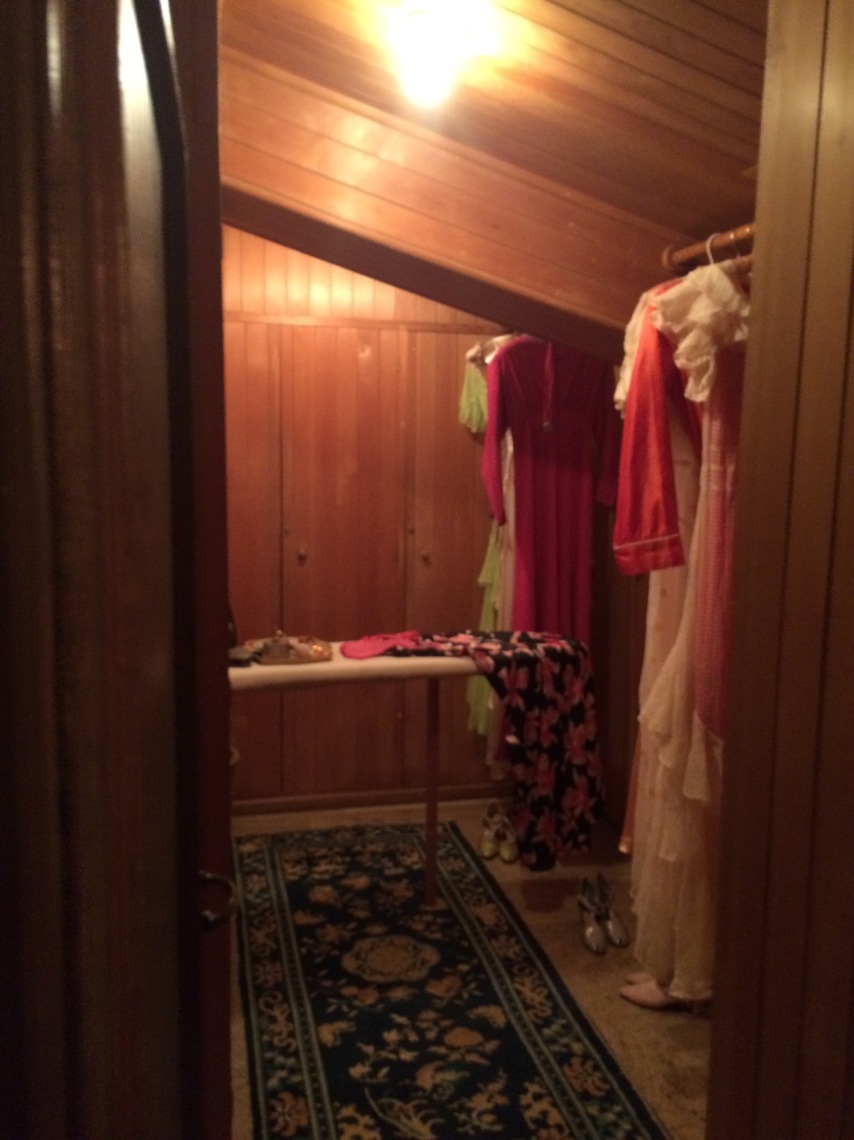 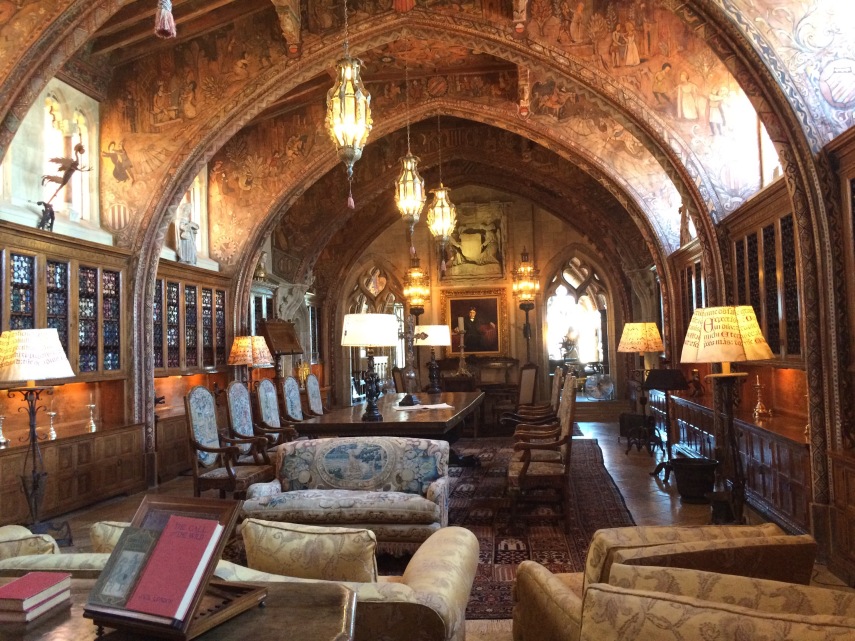 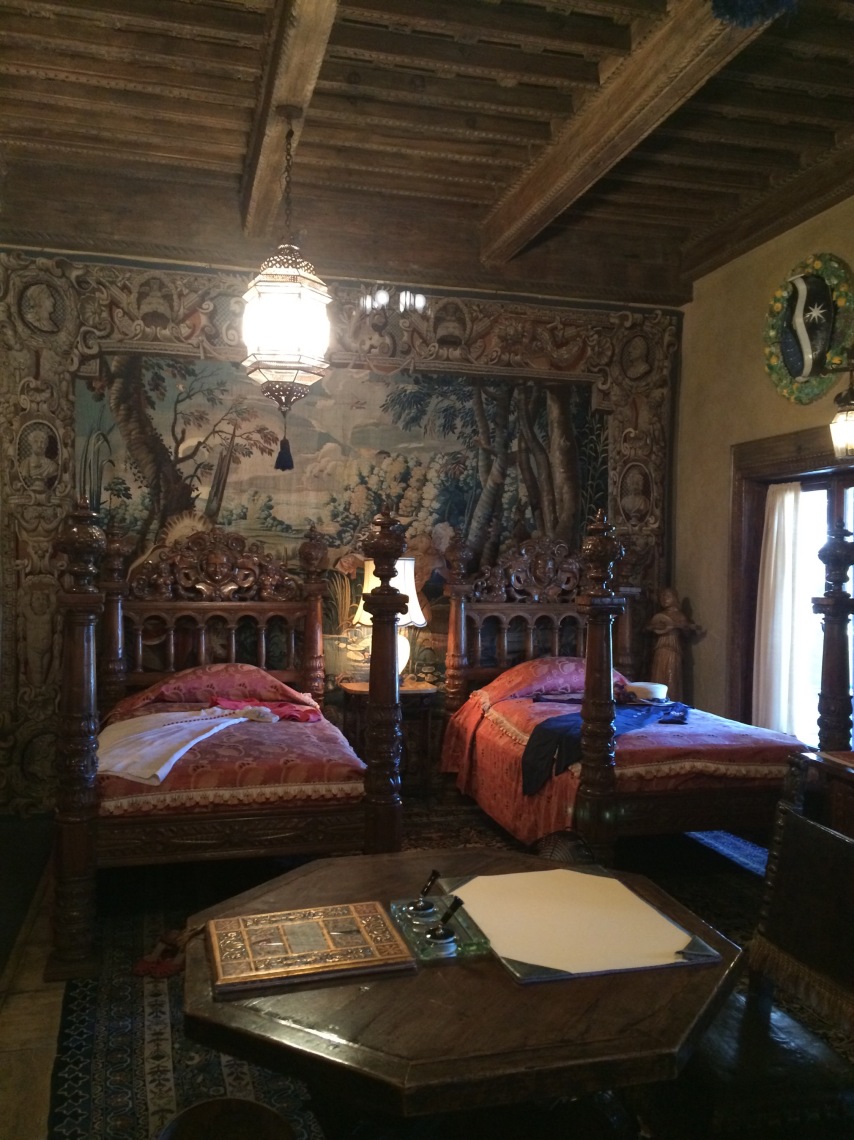 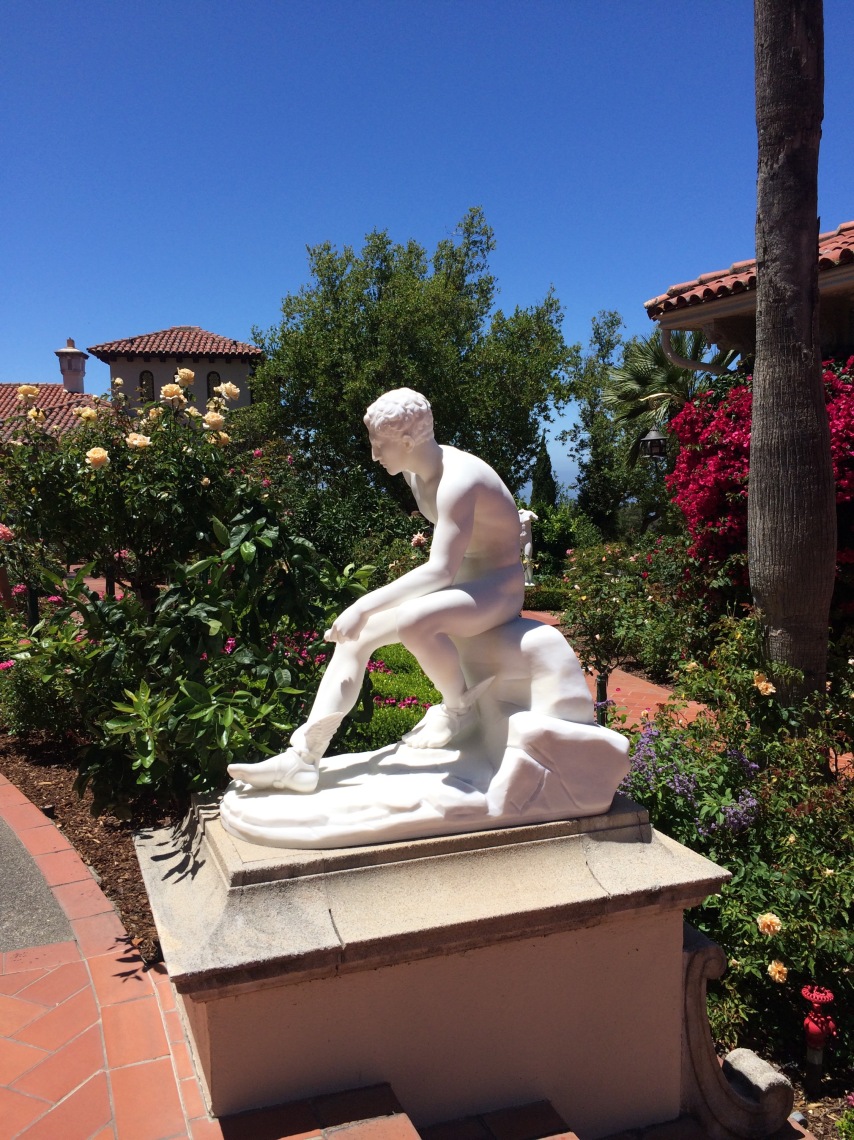 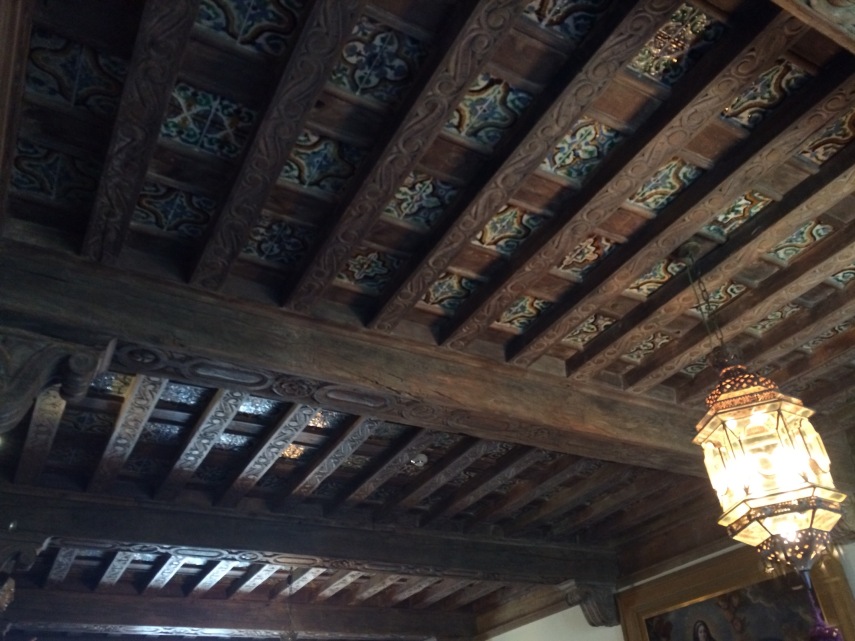 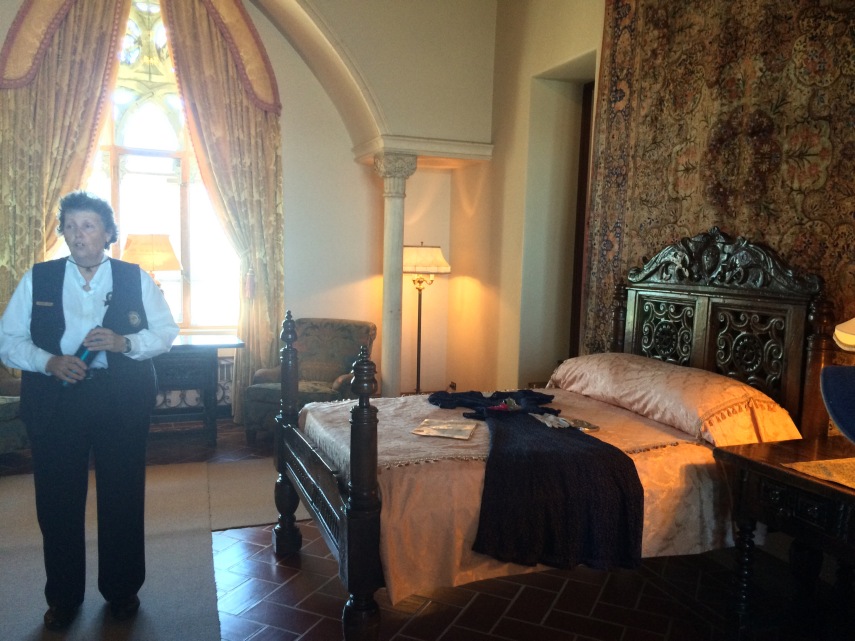 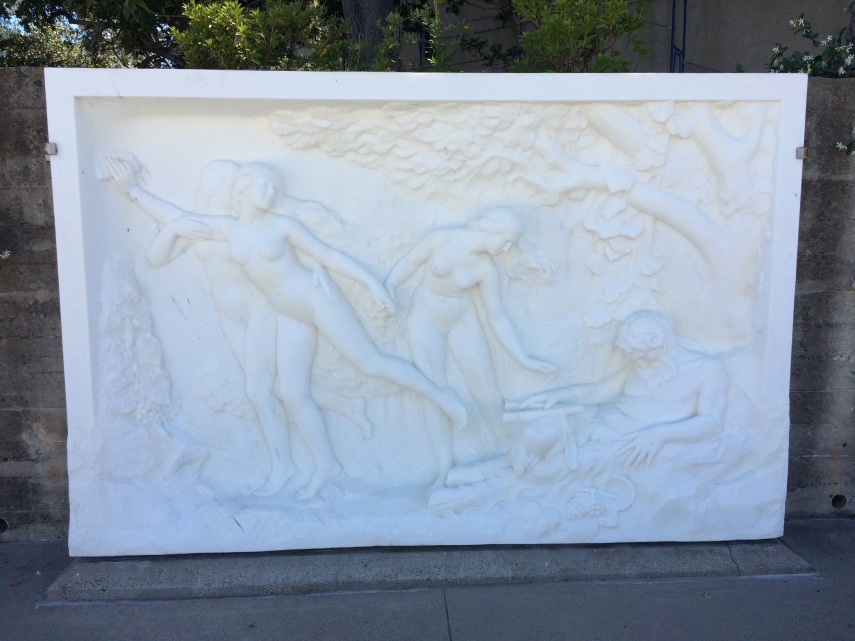 These socks just seemed festive. Also Gaga embodied this painting for an outfit a while ago, which is interesting. As you can see, Hearst Castle is gorgeous. So is the video filmed here, which I encourage you to watch if you’d like. Lady Gaga is a singer, songwriter, pianist, guitarist, actress, philanthropist, poet, activist, and altogether multifaceted 8th wonder of the world, so seeing where she filmed was a fantastic experience and learning more about the castle was great.