T Swizzle means Taylor Swift. Mom and Sarah and I went to the Grammy Museum in Los Angeles earlier, and they had a number of exhibits, including a special Taylor Swift Experience exhibit. 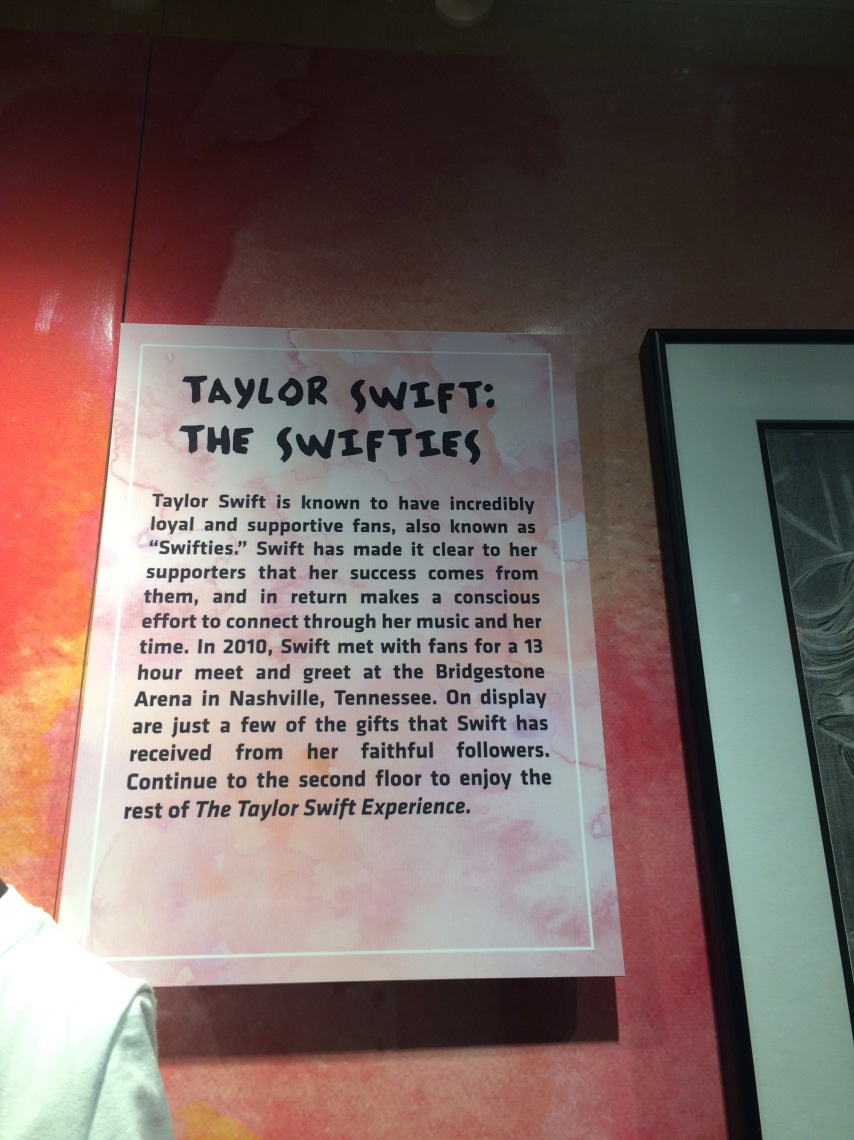 Fan art is a great way for supporters and fans of artists to show their appreciation and love for the music and media to which they’re exposed through their idols. 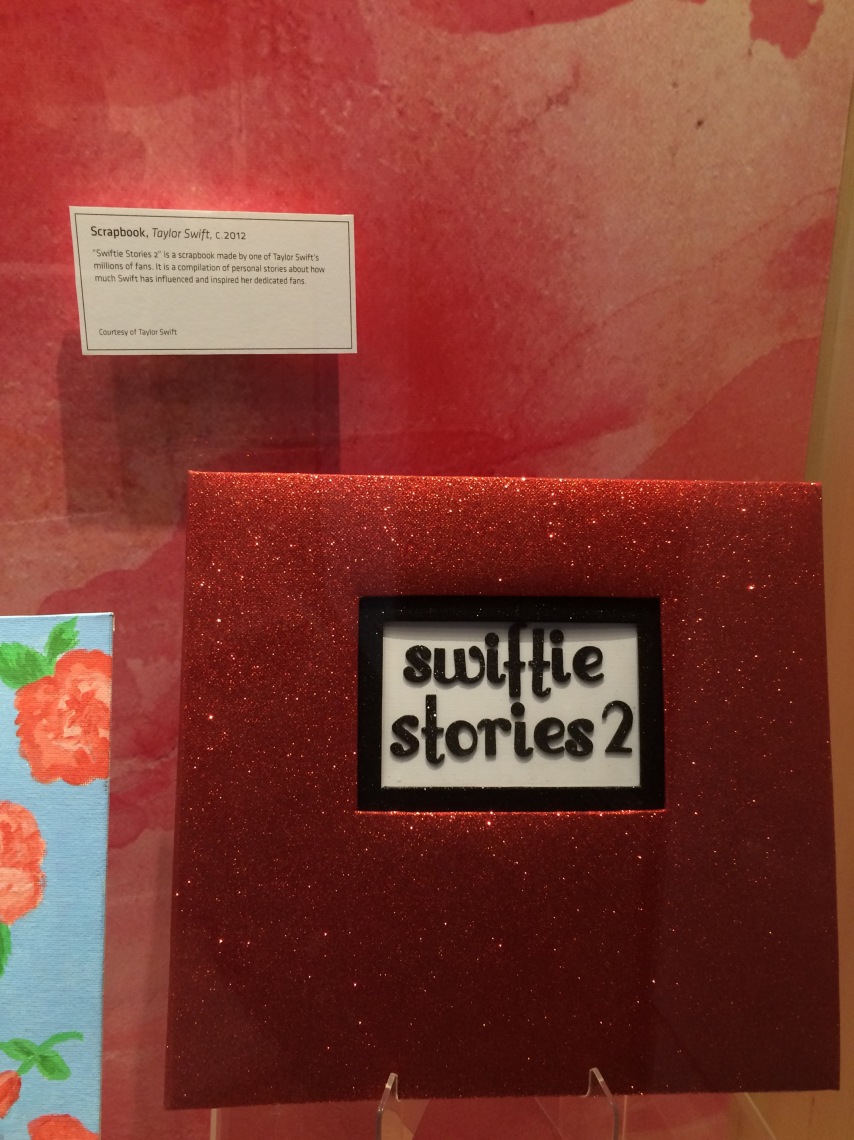 I’m betting none if you know this so let me explain. This is a lovely painting done by a fan of one of Taylor Swift’s cats. This cat is named Olivia Benson after the Law & Order character portrayed by Mariska Hargitay. Taylor is an avid fan of the show and even had Mariska in her music video for her song Bad Blood off her recent smash hit album 1989. 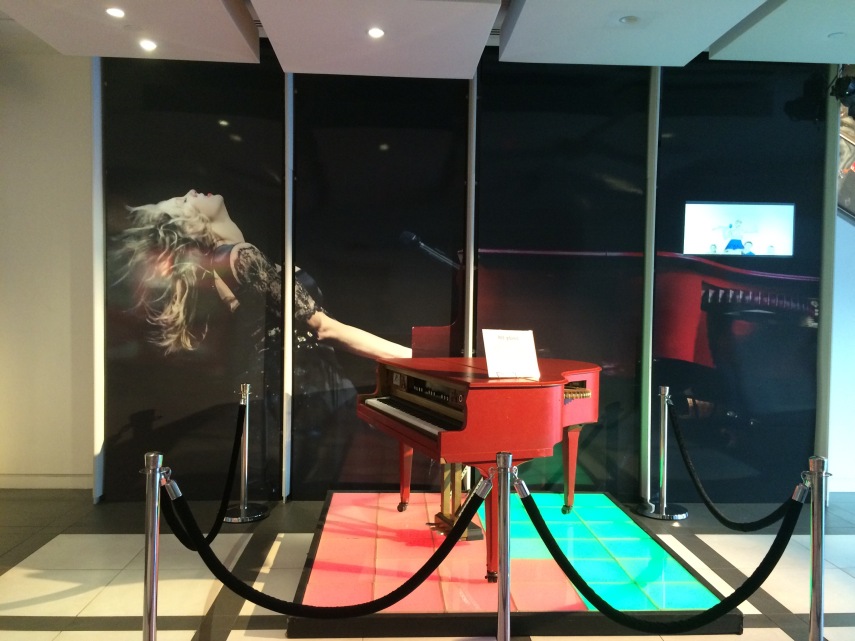 They had a series of videos running showing some of the most iconic performances and acceptances by famous artists and performers. Naturally, Lady Gaga was one of them, and here we have her accepting  her Grammy for The Fame Monster. 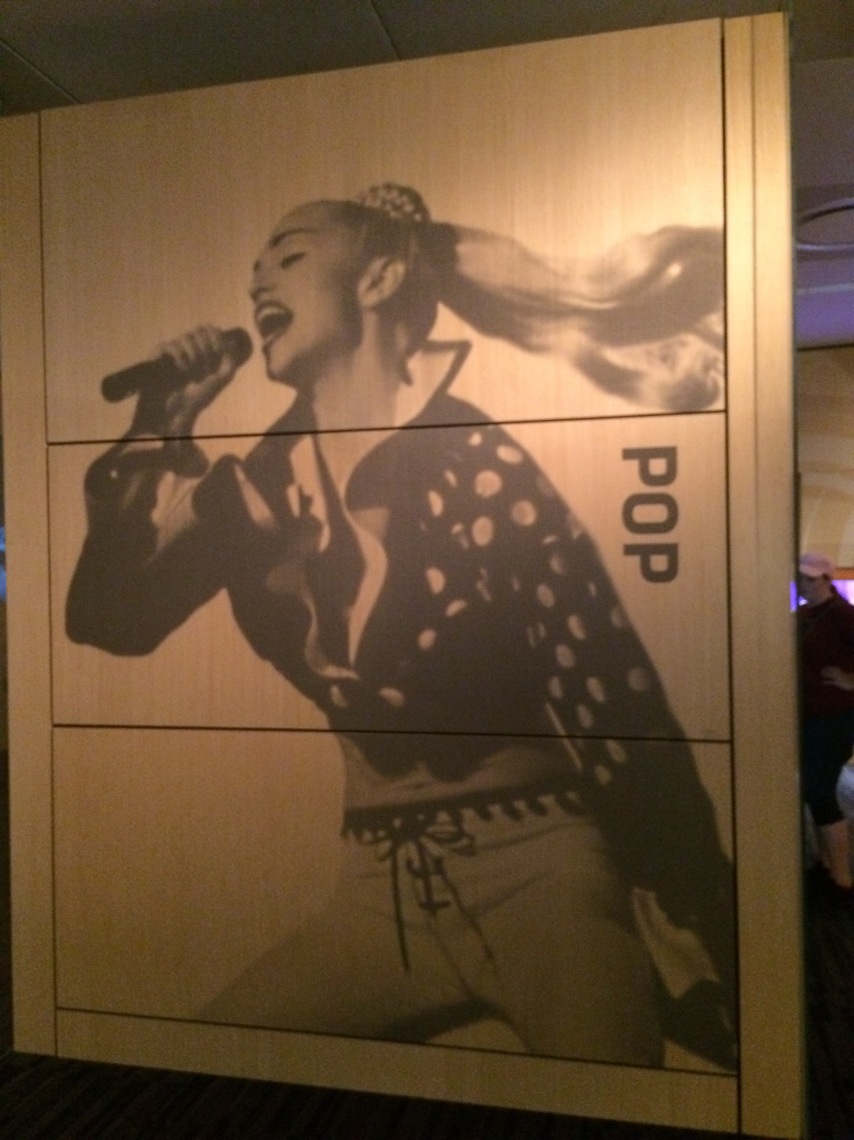 As part of another set of exhibits, they had panels on all of the major genres of music. Madonna headlined pop. Madonna is another favorite of mine, and her recent album Rebel Heart is really great.

This is Lady Gaga and Tony Bennett at the most recent 57th Grammy awards, where they received an award for their jazz album Cheek to Cheek. Gaga has been singing jazz since she was 13, and Tony has been singing since before my parents were born. The two make an unlikely but well-suited duo.

Katy Perry hasn’t actually won a Grammy, which is a monumental diss in the scope of pop culture. (This is what young and media conscious people call “throwing shade”)

Gaga again. For a bit of trivia: it isn’t an egg; it’s a vessel. 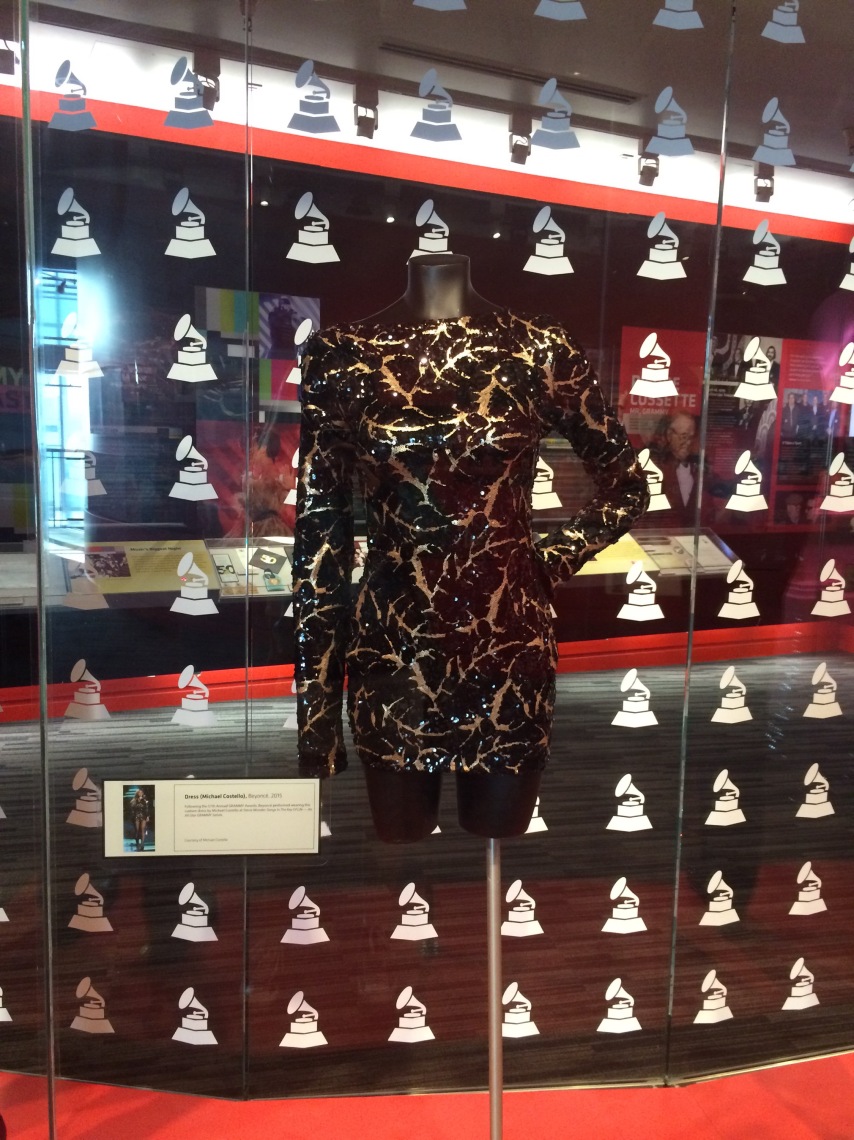 Beyoncé wore this. Thus, it has been blessed. That is all. 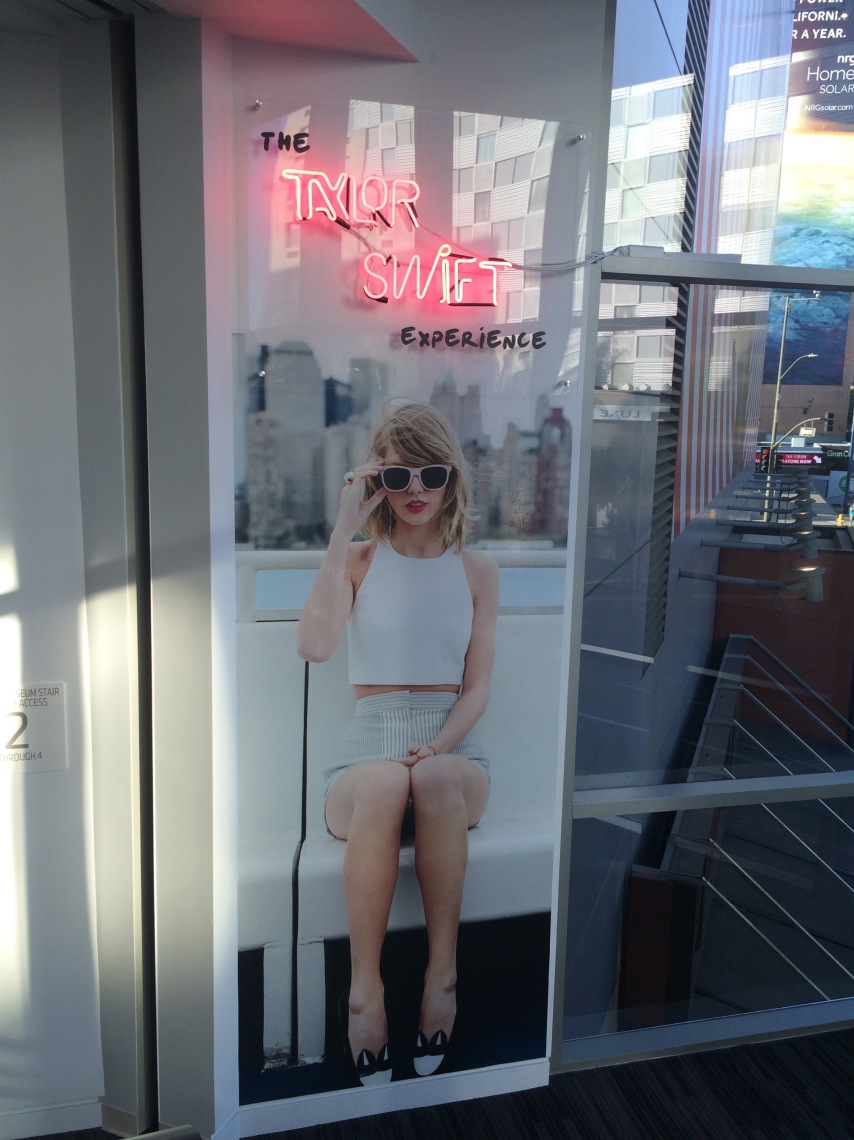 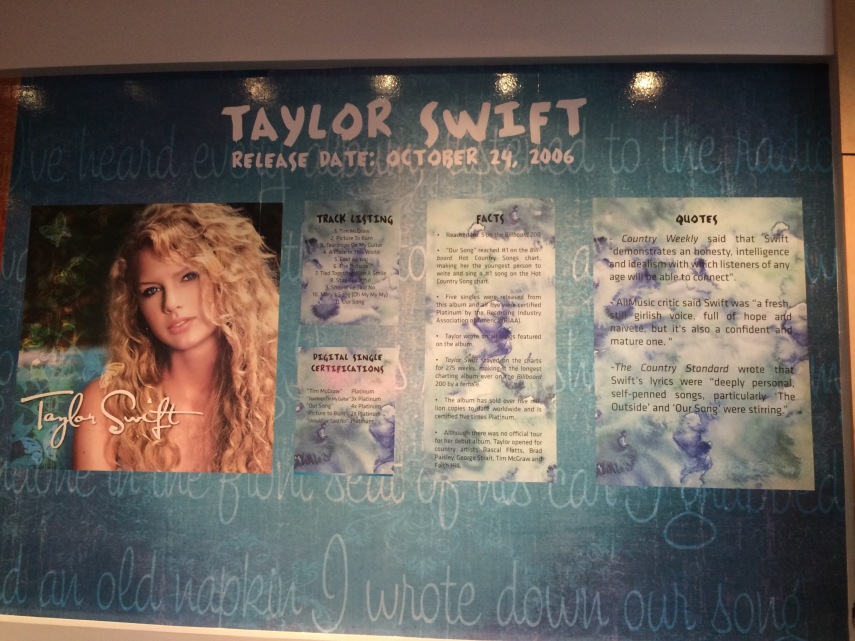 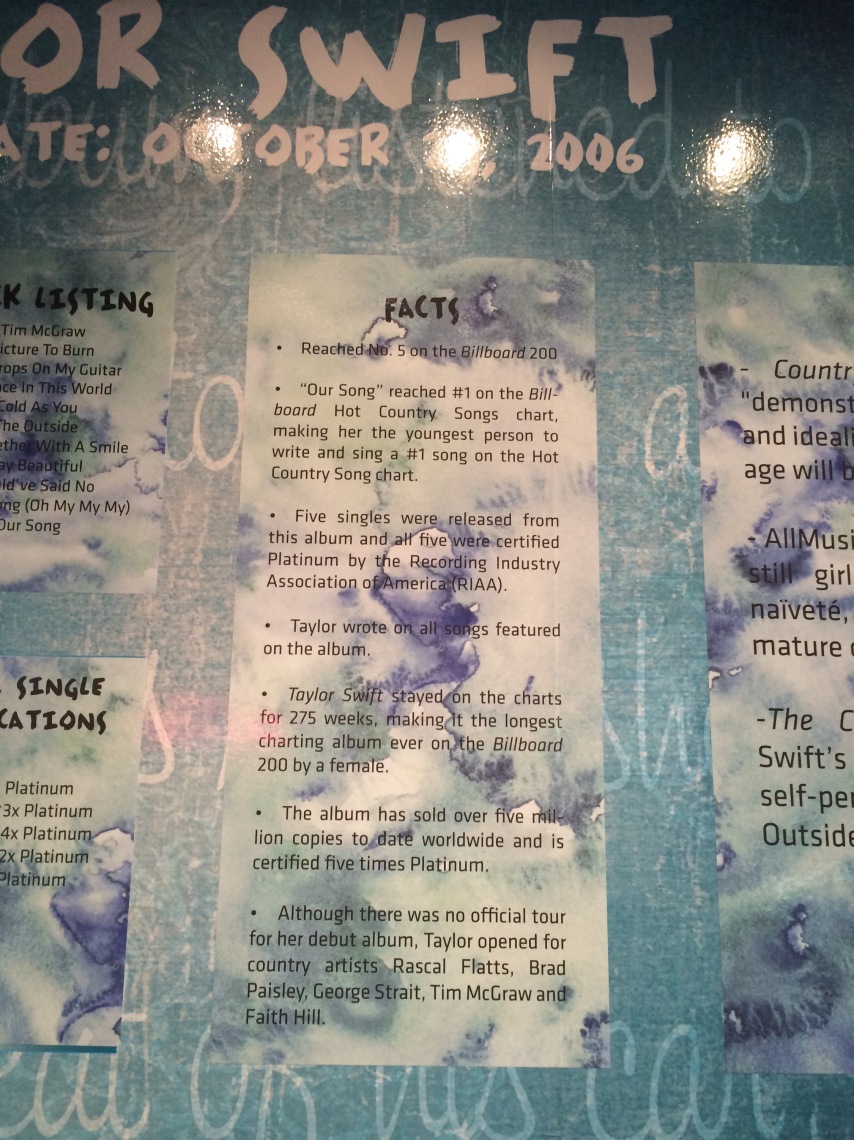 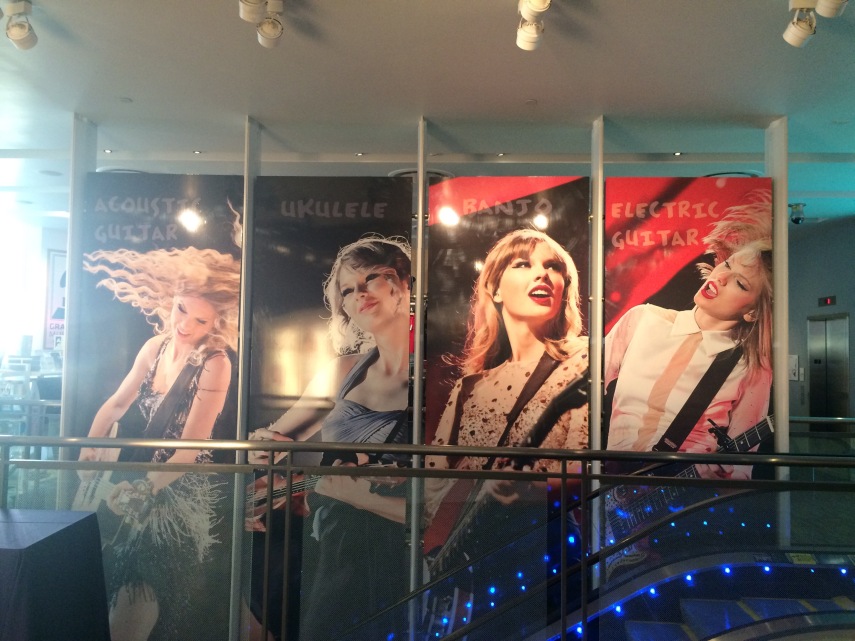 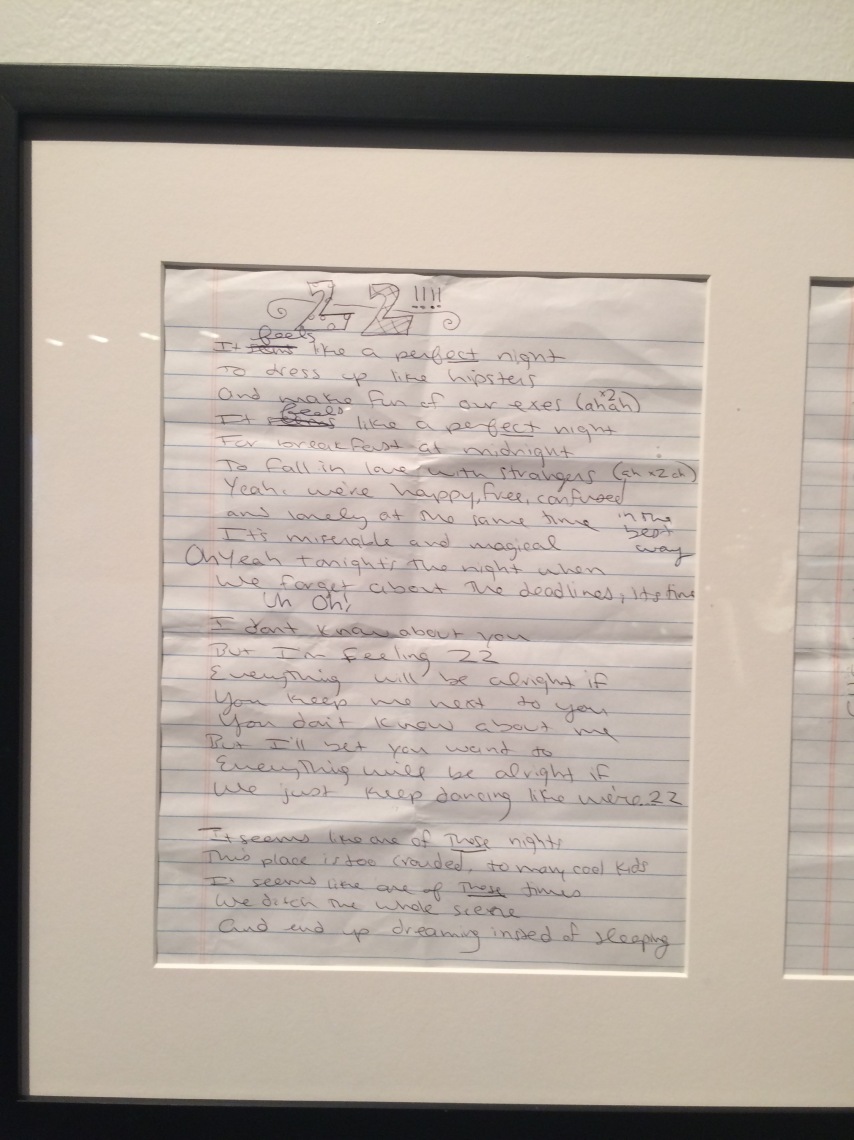 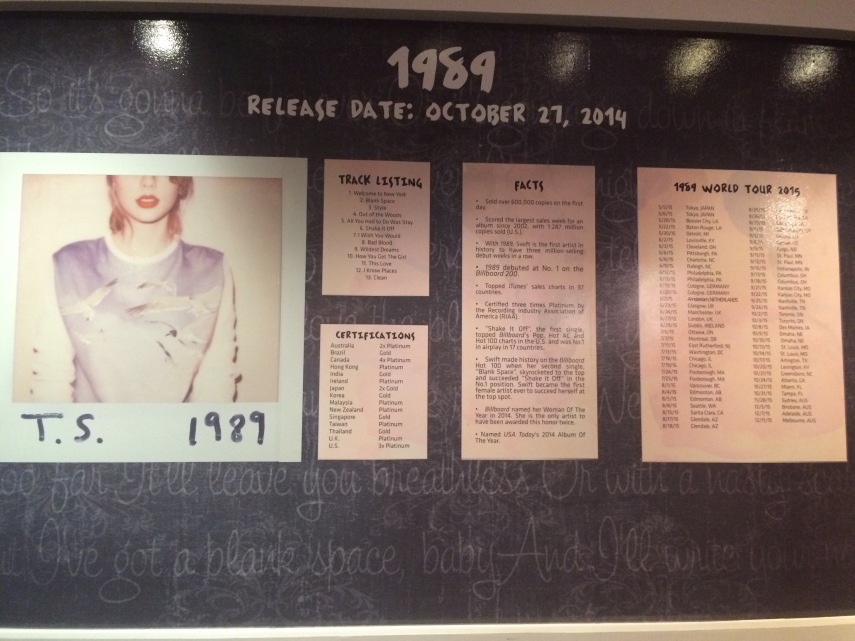 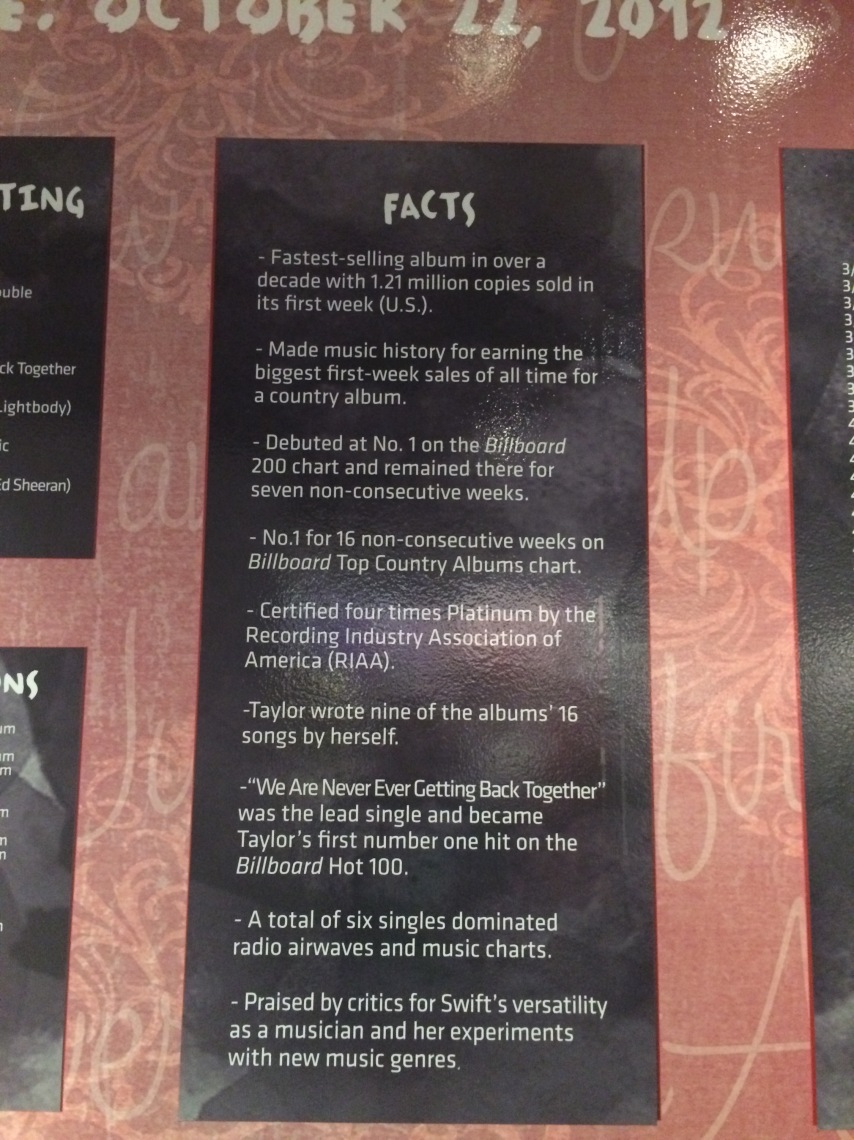 I didn’t realize how much I loved Taylor Swift until I realized I absolutely love Taylor Swift. That’s redundant because it’s so important I literally had to say it twice. I actually downloaded 2 more of her albums and a bunch more individual tracks after seeing this exhibit. She’s an impressive woman and is doing great things for the world, and especially for her young fans. I follow her on Tumblr, and she’s kind enough to send her fans gifts with handwritten notes and invited friends onstage at shows frequently. In fact, she was at Gillete the other night for a 2 night 1989 World Tour stay, and I’m pretty sure everyone with a snapchat went, because I essentially viewed the whole show through other people’s posts. Thank goodness for YouTube. In conclusion, I Love Taylor Swift, and the Grammys are rad.