An Homage to Nixon’s Secretary

Depending on your age and/or your knowledge of 20th Century American history, you may recall that President Richard Nixon secretly taped conversations that occurred in the oval office during his presidency. His longtime personal secretary, Rose Mary Woods, claimed to have accidentally erased a portion of an 18 1/2 minutes gap in the tapes that might have been incriminating to her boss. It troubles many people to the point of an obsession, to know that this portion of history has forever been lost. With that cautionary tale in mind, I wanted to avoid leaving a three day gap in our 55 day cross-country narrative. Accordingly, to the best of my recollection, here is a belated description of the three action-packed filled days missing from our blog.

The gap in our narrative begins on Friday, July 10, when Mariah, Harry, and I departed Jensen, Utah to tour Dead Horse Point State Park. We then enjoyed a twilight drive through Arches National Park. The following day, on Saturday, July 11, we toured the Ancestral Cliff Dwellings of Mesa Verde National Park with a park ranger. That night, we drove to Monument Valley, Utah and slept in a more-primitive-than-we-expected Navajo Hogan in Oljato, Utah. On Sunday, July 12, we had an incredible private tour of the Navajo Nation Monument Valley Park before driving to Kokopelli’s Cave.

The view from Dead Horse Point looked very familiar to Harry and me as it is one of the most photographed scenic vistas in the world. The point sits at the top of the plateau about 6,000 feet above sea level. When you look down you can see strata deposited by by oceans, volcanic events, and 300 million years of geologic activity. It also evokes Katherine Lee Bates’ description of “purple mountains majesties.” It is breathtaking. Knowing we would be in a sparsely populated region, we researched restaurants in Moab in advance to determine where to grab a meal after touring Dead Horse Point. A food truck had the highest ratings of any restaurant in the town. Since last year, Mariah, Harry and I loved the movie “Chef” about a guy and his food truck, we figured we’d give it a try. We had a remarkably good lunch in a really dive location at Quesadilla Mobilla. So, if you are ever on North Main Street in Moab, Utah, we have found a place for you to try for lunch.

We drove through Arches National Park in the late afternoon as the sun was setting. As the pictures of the rocks below capture better than I can describe, the geological formations throughout the park are exquisite and looked like surrealist paintings created by an uninhibited, inspired painter who enjoyed creating very large installations. There are more than 2,000 natural stone arches, giant balanced rocks, as well as what is described as “soaring pinnacles and massive fins” in the park. They did not look real.

That night we stayed at the FarView Lodge in Mesa Verde National Park. The location was fabulous but the room was barely habitable, and it semed that our immediate neighbors did not utilize their room to rest. The next morning on Saturday, July 11, we actually awakened on time (a bit of a rarity for the female Van Scivers) to rendezvous with a park ranger for an 8 AM private two-hour guided tour of an Ancestral Pueblo Cliff Dwelling.  The tour provided us with an opportunity to see a portion of the cliff dwellings opened only a few times a year to preserve the fragile site from the vibrations caused by visitors. We had to climb a few ladders, hike along some very narrow trails, step over some cacti, and fit through some unusual spaces. Eventually, after what the National Park Service described as a “moderately strenuous hike” we were able to visit the site and enjoy a rare glimpse into the family life, architecture, tools, trade, basketry, and pottery of Ancestral Pueblo people (known also as the Anasazi) living about AD 550 until the late 1200s.

Mariah, Harry, and I were all so exhausted after the tour, from the hiking, the heat, and from not sleeping much the night before that we checked-in to a hotel in town for a few hours of much-needed sleep. It was the only time we were too tired to drive the entire summer, but we were just so wiped out that we all napped for a few hours before taking Mariah to a laundromat. We learned something there. Taking your daughter to her first laundromat is a true cultural learning experience.

We then drove to Oljato-Monument Valley, Utah, to spend the night in a Navajo Hogan known as “Firetree Inn.” Perhaps you have heard of or seen images of hotels that have been modified to look like teepees or log cabins or hobbit homes or some other idiosyncratic and touristy design. We weren’t staying at a place that was modified to look like something it was not. We stayed in a Navajo hogan built by Navajos for their personal use, a few miles down a loosely packed dirt road in the middle of nowhere. This was one of those things that seemed like a really cool idea back in February when Mariah and I were trolling the Internet for educational, unusual, and fascinating things to do on our trip. It was actually educational, unusual, and fascinating, but we were very glad to leave in the morning because as the pictures below illustrate, we were essentially sleeping underground in a small room made of cedar, bark, sand, and water, covered with sun-baked mud. There were lots of bugs, and we are not huge bug fans. On the plus side, we know that we provided some serious amusement for the French-speaking guests staying on the property in a nearby tent when Mariah and I held onto one another for dear life in the middle of the night as we clutched our very small flashlights and staggered about the grounds searching for the communal bathrooms.

The next morning we visited Navajo Nation’s Monument Valley and toured the area for several hours with a remarkably excellent young tour guide. He drove us around the valley accessing areas that would have been closed to us had we been unaccompanied. We stopped periodically for the horses and sheep and other livestock that roamed freely around the reservation. Our guide described the natural monuments, their names, and their meanings to the Navajo people. He explained a great deal about the geology of the region that had shaped and created the iconic orange-red colored sandstone rock formations over millions of years. It was one of the most interesting tours any of us have been on because he seamlessly weaved information together about history, geology, the Navajo religion and origin stories, and the community’s experience with John Ford,  John Wayne, and the many other film crews that used their reservation as a backdrop for some of the most popular western films of all time. 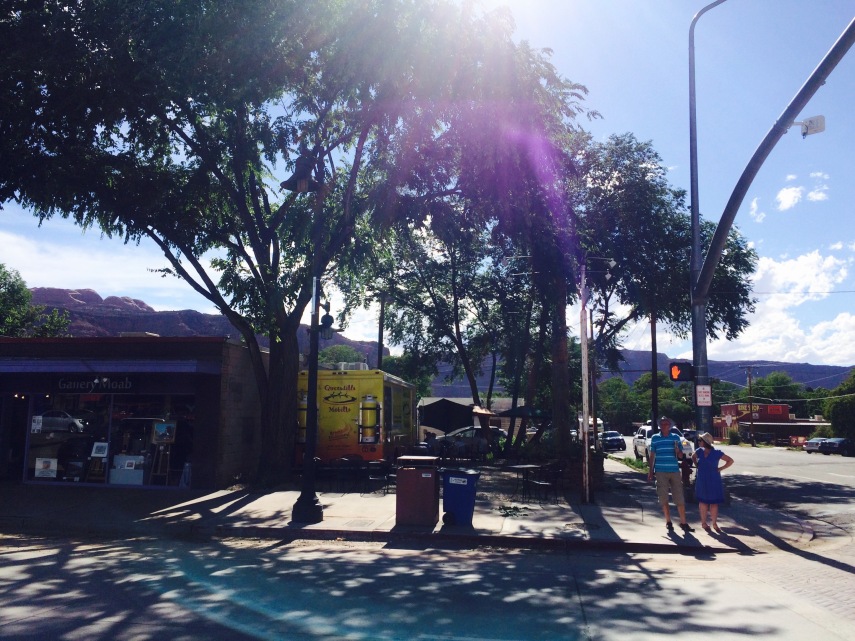 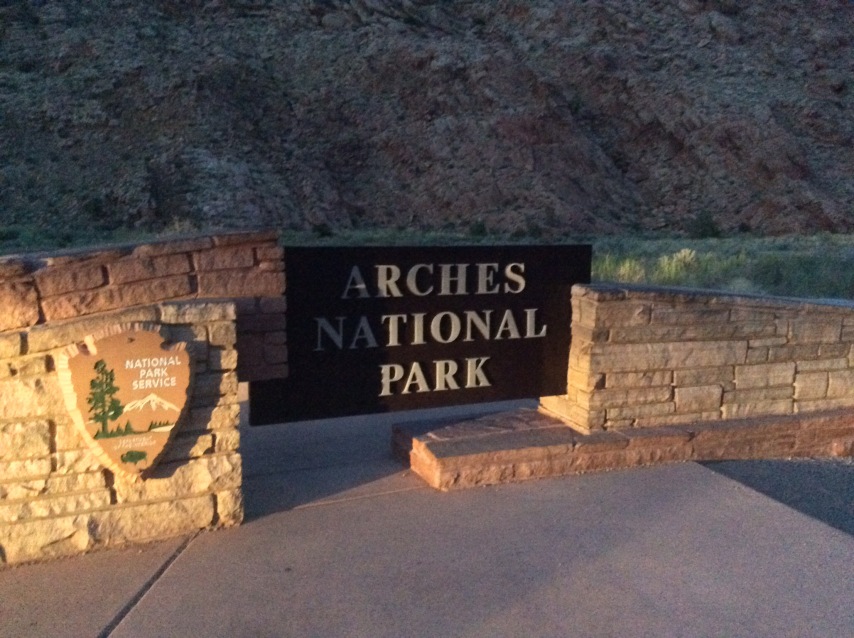 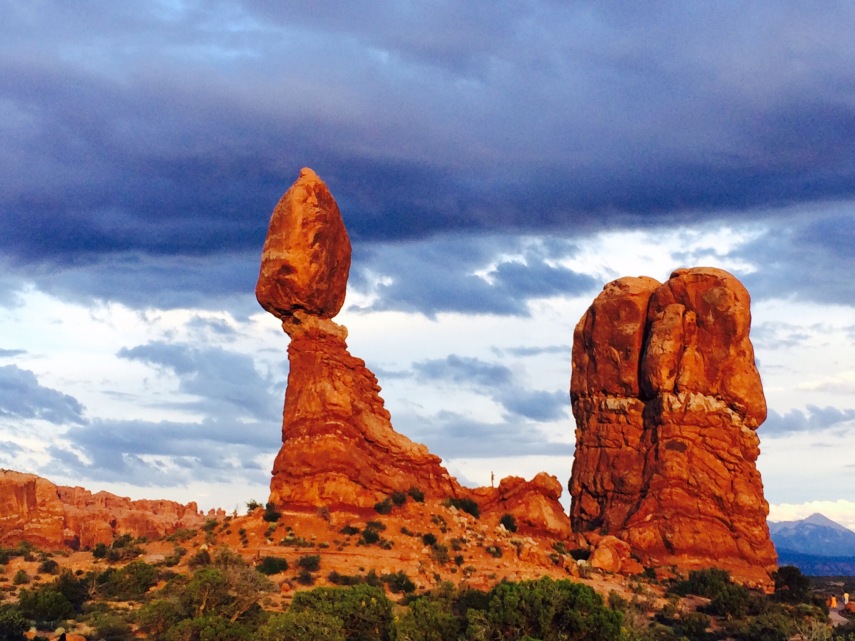 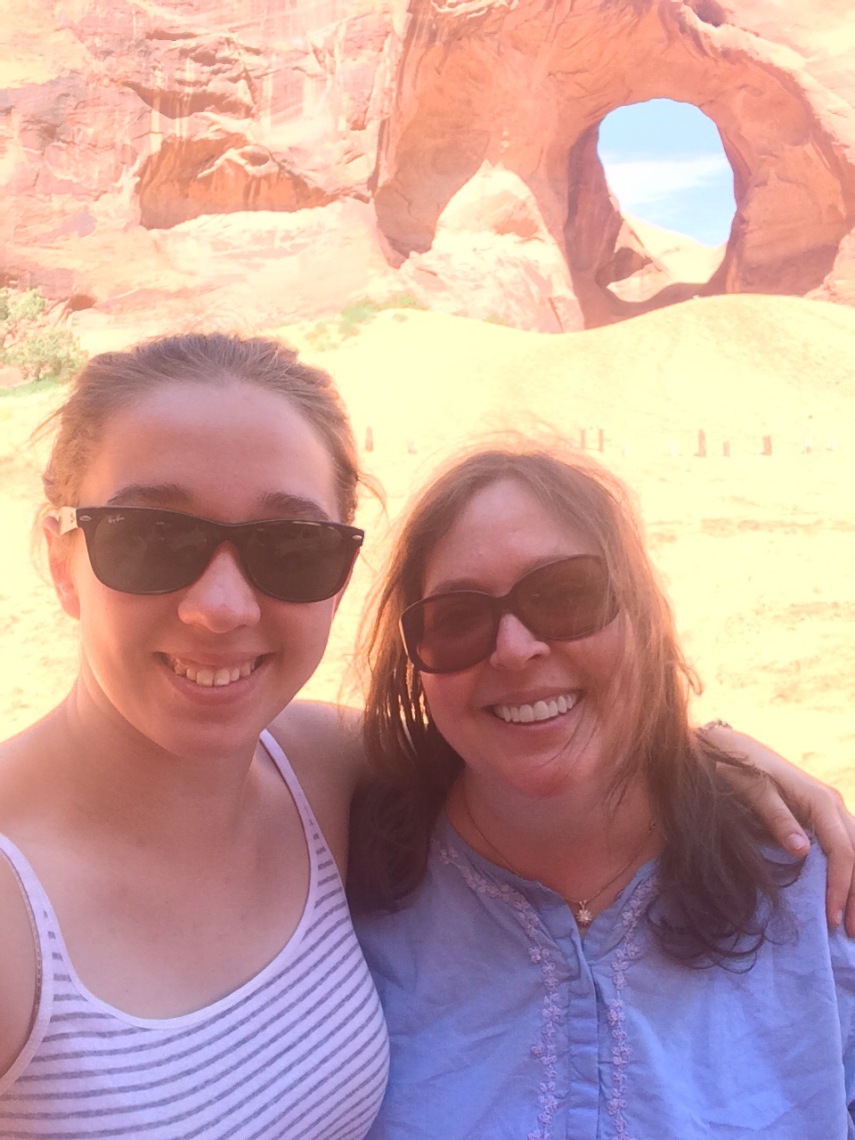 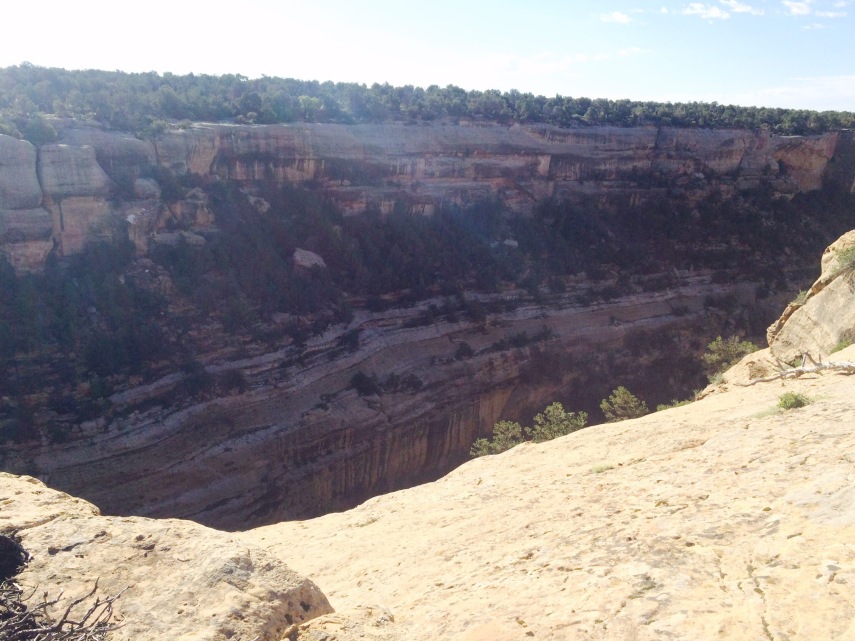 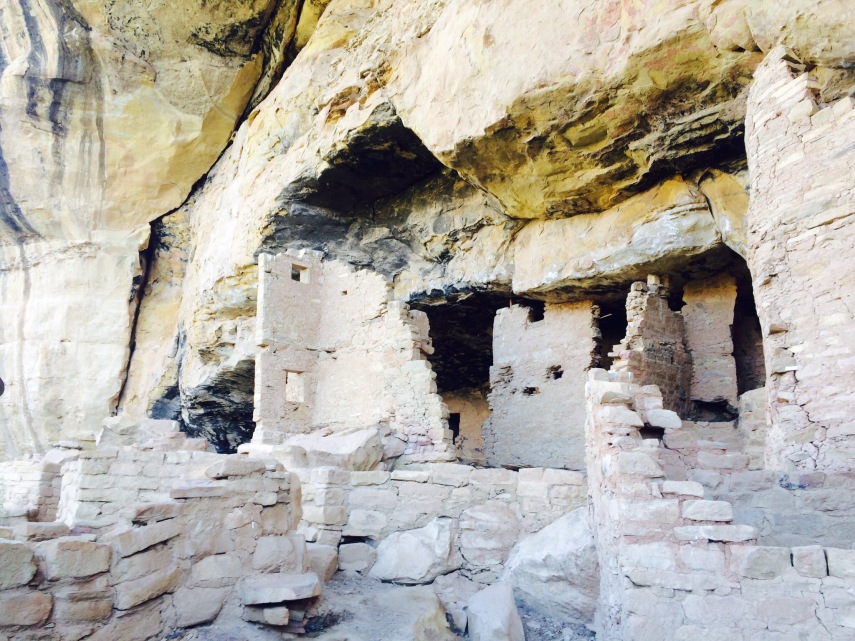 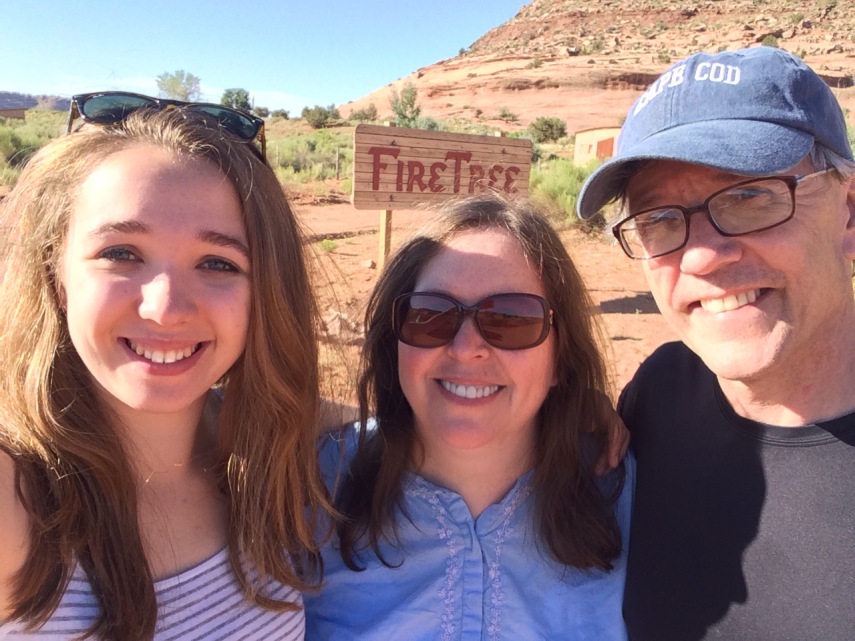 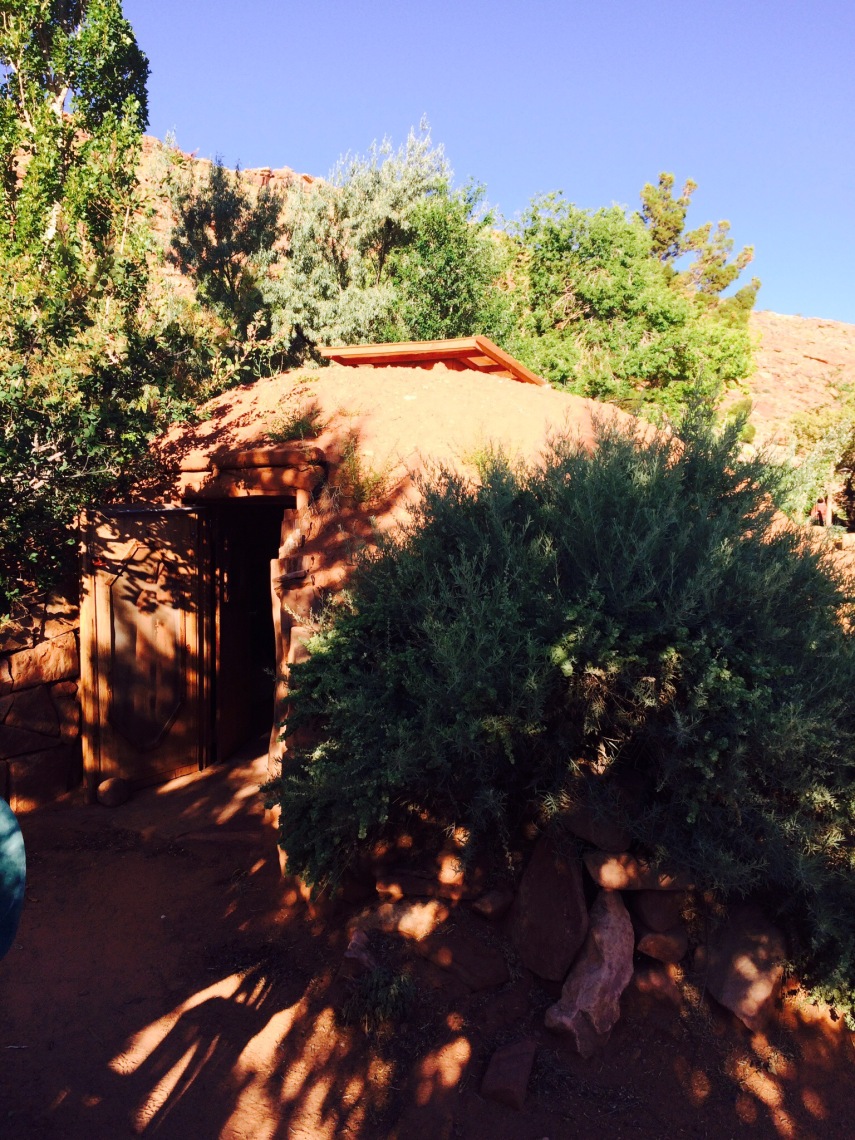 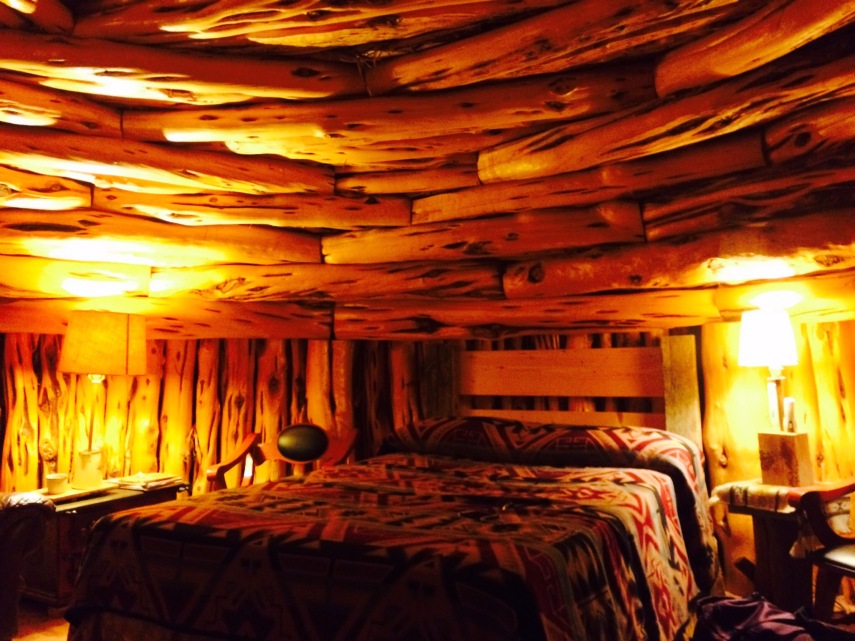 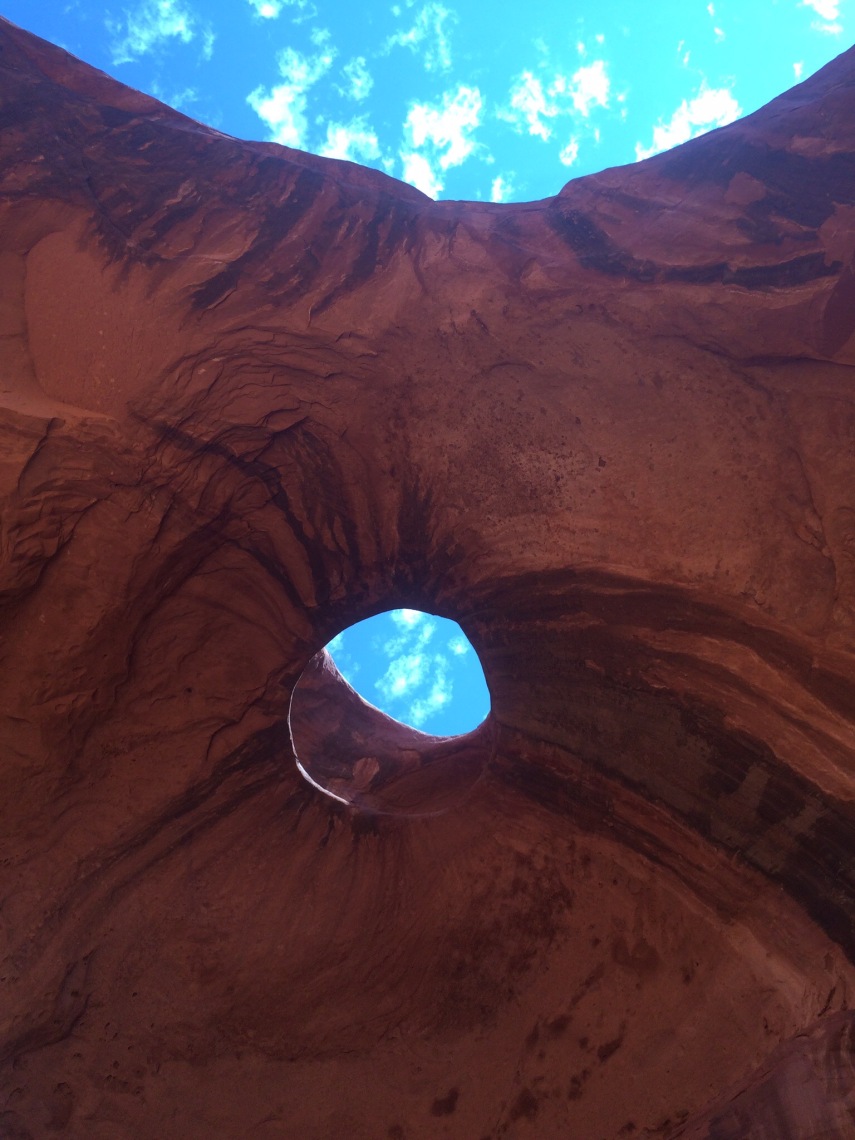 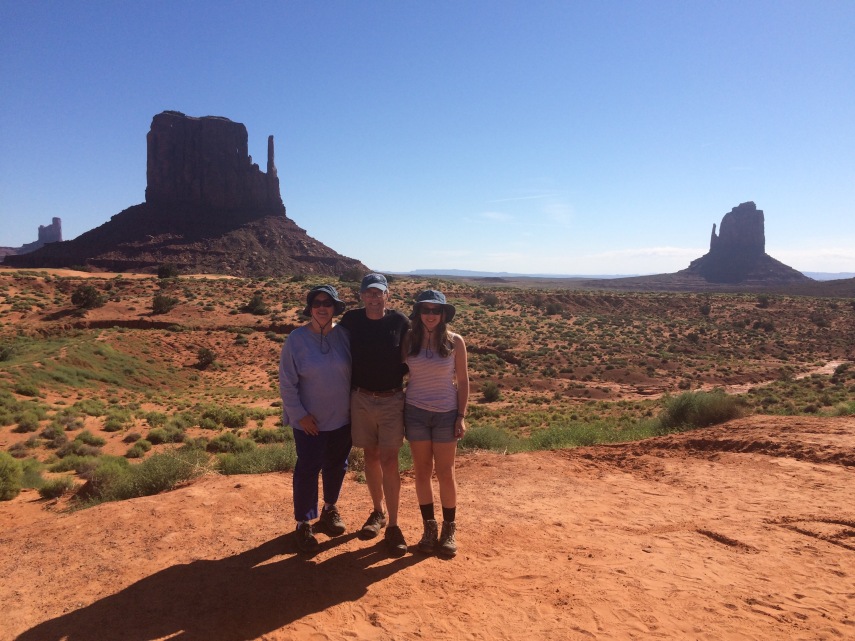