A Tale of Two Cities

Inexplicably, there are two large towns near one another that are both named Kansas City. One is located in Missouri, and the other is situated where it should be: Kansas. We are staying in the misplaced Kansas City in Missouri. I haven’t been entirely sure I am where I think I am since arriving wherever it is that I evidently am.

Our day started off with a visit to the Harry S. Truman Presidential Library and Museum. The museum’s curatorial staff has done an impressive job gathering extremely cool items from every stage of Truman’s life from his birth in 1884 to his death in 1972. The exhibits and companion films provide a fascinating perspective into America’s tumultuous history during the first half of the 20th century. Particularly now, when we have entered an age when fewer and fewer people take the time to send a handwritten note to anyone for any reason, Truman’s prolific letter writing was especially illuminating. 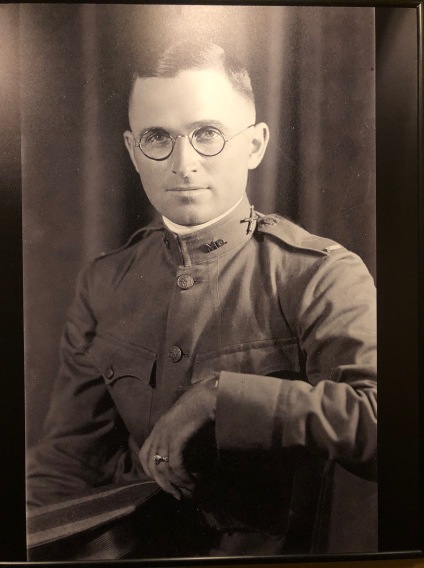 With thoughts of Bill Zammer’s encouragement on our minds, we sought out classic barbeque for lunch. We joined a line of locals for our choice of pulled pork or brisket at a place in the center of town. Both the restaurant and the patrons looked a bit rough around the edges, but the food was exceptional. Photos of President Jimmy Carter, President Barack Obama, John McCain, Sarah Palin, Denzel Washington, and a slew of other famous faces suggested that they, too, must know Bill Zammer.

We visited the Negro Leagues Baseball Museum in the afternoon. It is not a hall of fame, but rather, a museum conceived to tell the complete story of Negro Leagues Baseball, from the average players to the superstars who existed in the face of segregation.  A timeline of baseball and black history was presented utilizing text panels, photographs, memorabilia, uniforms, archival and newly created films. By the time we had to leave at closing, we had learned a great deal about more than Jackie Robinson’s Story.

We concluded our day by having dinner at an idiosyncratic restaurant. Fritz’s gimmick is that they serve you your food via a small electric train that travels on a track overhead around the perimeter of the restaurant. The train travels from the kitchen, whistles and then stops above your table before unceremoniously dropping your meal onto your table. Not only was their food awful, but we were expected to wear paper train conductor hats.  We would have fared better had we chosen any another restaurant in the other Kansas City.