Far Cry from the Movies

Last summer, a World War I film was released to worldwide positive critical reception and massive box office success. The movie’s opening action sequence depicts a pilot crashing into the sea and frantically trying to escape his sinking plane in his soaked woolen military issue uniform. The pilot’s name? Steve Trevor. The film’s name? Wonder Woman. Sure, Wonder Woman wasn’t exactly labeled a war film, but it was, and it strives to answer the essential question of all World War I stories: why did it have to happen? Today, my mom and I paid a visit to the National World War I Memorial and Museum, where they try to answer that same question.

As my mom put it, “there was no sugarcoating.” While some museums present the tragedies of centuries past as interactive guessing games and a chance to touch the novelties of history, the World War I museum provided a stark glimpse of the horrors the world endured at the turn of the century sans fanfare. At the center of the museum’s dual wings were 2 timelines spanning the war years, and interspersed were quotes that threaded together events and their cultural responses.

One row of display cases held pictures of the wreckage in war-torn Europe, and I was surprised to see color images among the hundreds being shown. 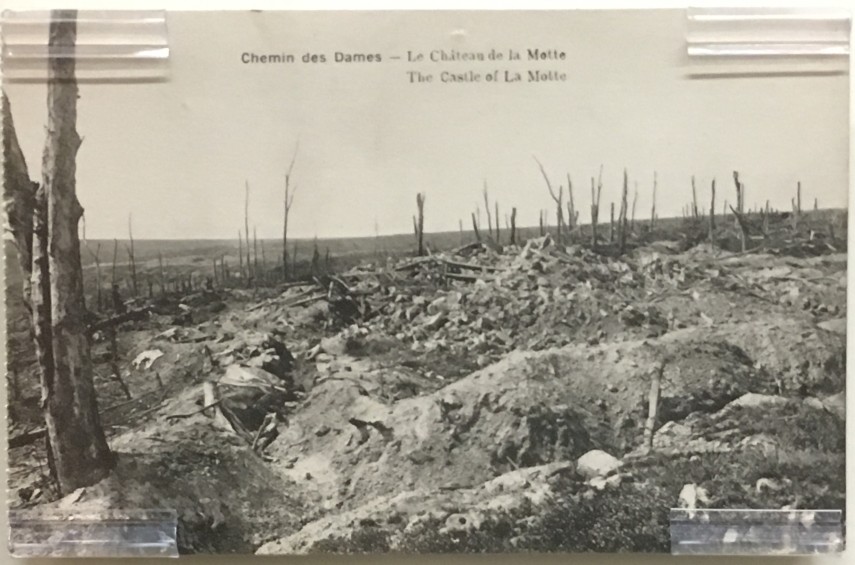 Part of the museum’s showcase was an accurate, to-scale replica of a trench, and they included a film dedicated to the “long grave.”

In addition to replicas of the trench and another of the crater left by a tank, real uniforms and artifacts donated by soldiers and nations were featured. Massive armaments and guns were stationed on the floor of the museum serving as borders between galleries, and their height was such that you could almost stare down the barrel. When situated with an actual howitzer to the left and German infantry uniforms and helmets on the right, with the sounds of bombs emanating from the film playing at the end of the hall, one could imagine being entrenched.

The museum recognized the events leading up to the war: the assassination of Archduke Franz Ferdinand, the rise of nationalism, the industrial revolution, and social upheaval. It also hinted at events to come and laid the framework for understanding how they, too came to pass.

Back to the initial question: why did World War I have to happen? The museum’s film tells of one man answering that question by saying that no one really knew why it happened and that perhaps that was why it did. In Wonder Woman, World War I is caused by the Greek god of war, Ares, interfering in human affairs and spurring on humanity’s penchant for violence in order to let war wreak havoc. Of course, the museum does not account for comic book characters and their movie counterparts, but it does account for the cultural impact of “The Great War” and the tragedy of its genesis, continuation, and ending. It was a profoundly sad museum that recounted the visceral horror of war and the value of peace for peace’s sake.