Blue Skies Smiling at Me

The National Museum of Toys and Miniatures, located at the University of Missouri’s Kansas City Campus, contains 33,000 square feet of traditionally sized-toys, the world’s largest fine-scale miniature collection and one of the nation’s largest antique toy collections on public display. The miniature collection included room after room of incredibly small items created by artists from all over the world. Artwork painted on the tops of pinheads that one could only appreciate by looking through microscopes and teeny-weeny dollhouses filled special cases.

The 21,000 plus (and growing) pieces in the miniature collection were fascinating, but Mariah and I gravitated towards the displays of the iconic regular-sized toys exhibited chronologically. Many of my personal favorites from the 1960’s were on display, as were the familiar toys that Mariah and her sisters played with just a decade or two ago.

In addition, I learned that the old Henry Fonda advertisements for the “GAF Viewmaster” were actually repurposing and monetizing a wartime tool for civilian use.

It also dawned on me that the Milton Bradley board game: “Go to The Head of the Class” that my siblings and I played together on my parents’ kitchen table when we were growing up exemplified a rather serious commitment to our preadolescent brainwashing on their part.

One hundred and ninety-eight miles later, our next stop was a lovely outdoor sculpture garden in Des Moines, Iowa. The collection included pieces from well-known artists such as Jasper Johns, William De Kooning, and Keith Haring interspersed among the works of a bunch of other artists with whom we were entirely unfamiliar. We forged a kinship with two of the sculptures before leaving.

Then, en route to Cedar Rapids, Iowa, for the night, we decided to stop for a tour of the Maytag Dairy Farms to learn how they manufacture their oh-so-delicious blue cheese. It turns out that they still rely on an old-fashioned, hands-on, multi-step, time-consuming process almost entirely reliant on skilled cheesemakers. They use milk from Holstein cattle raised on small nearby dairy farms and still hand wrap all of their cheese for shipment to their commercial and retail customers. They were the nicest people you would ever want to meet. If only we could drive cross-country with a round of their blue cheese in the trunk of our rental car. 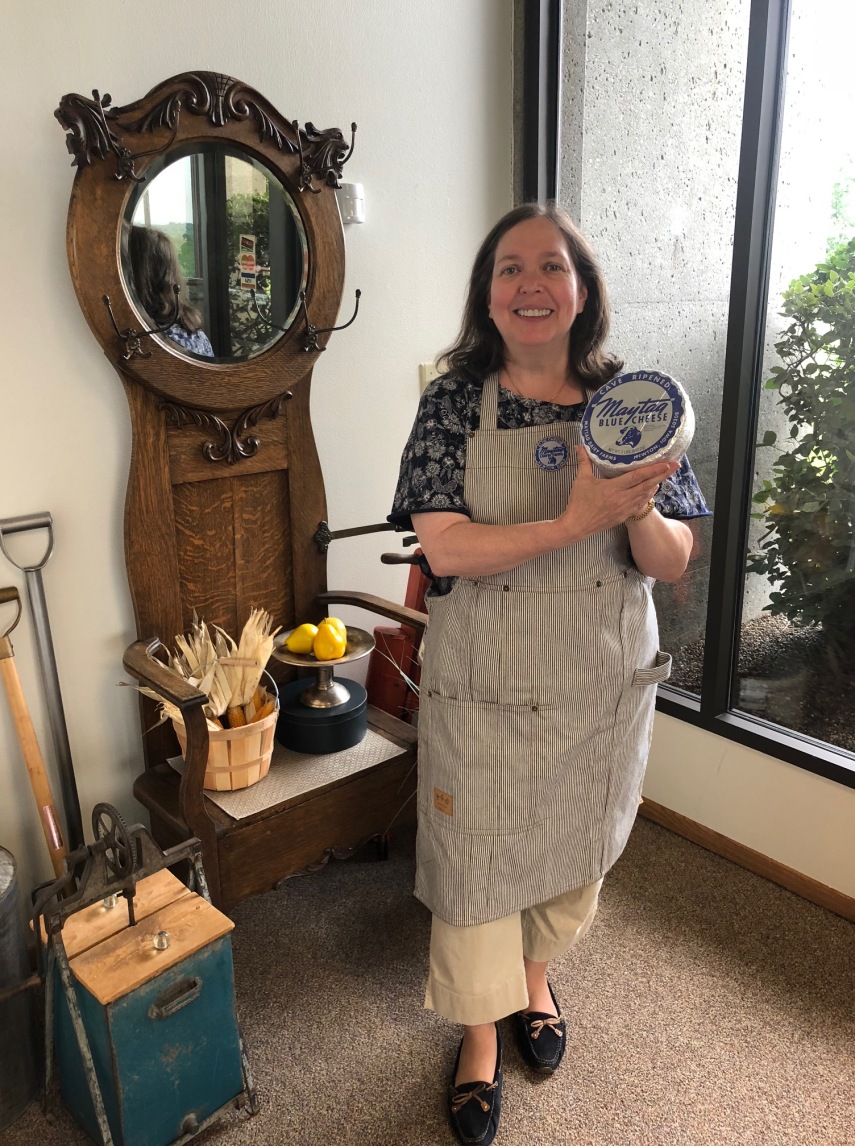